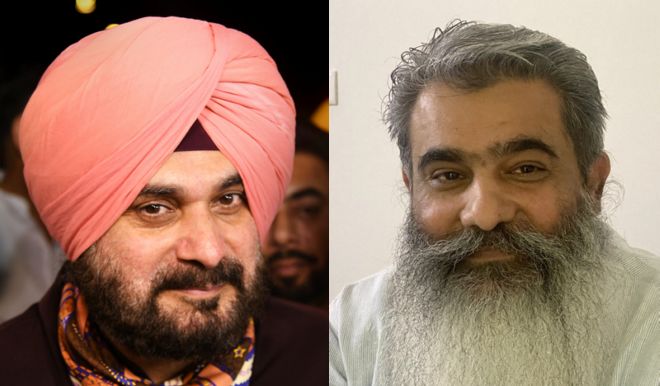 Former Congress minister Bharat Bhushan Ashu was yesterday shifted to Central Jail here after he was sent to judicial remand in the tender allotment scam case. This means he is lodged in the same prison, where his rival and party colleague Navjot Singh Sidhu is lodged.

Sidhu has been in jail since May 2022 in a 1988 road rage case after the Supreme Court enhanced his punishment to a year’s rigorous imprisonment over the death of a 65-year-old man. Ashu was shifted to the Patiala jail owing to security concerns. He was brought to the jail around 8.45 pm yesterday.

A court in Ludhiana has issued bailable warrants against the Patiala Central Jail Superintendent for his failure to produce former state Congress chief Sidhu as a witness in a harassment case filed against Ashu by dismissed DSP Balwinder Singh Sekhon.

The court had summoned Sidhu as a witness in the case because it was during his tenure as the Local Bodies Minister that Ashu had allegedly threatened Sekhon, who was investigating the CLU scam of Ludhiana.

Sidhu had ordered a probe into the CLU scam and Sekhon had in 2019 submitted the final report, the original file of which is now reportedly “missing” from the Local Bodies Department.

Sources say that given the bitter rivalry between the two Congress leaders, the Jails Department has decided to keep them in separate barracks.“We will ensure they do not see eye to eye. Sidhu is lodged with Punjabi singer Daler Mehndi, while Ashu is in a separate barrack in a different portion of the jail,” they said.

Jail Superintendent Manjit Singh Tiwana has confirmed this. He told The Tribune that Ashu had been lodged in a separate barrack.

Earlier, Sidhu and another of his rival Bikram Singh Majithia were lodged in the same jail. Majithia was released on bail last month.

All high-profile prisoners have been lodged in ordinary barracks, as the state government has stopped the practice of having special cells for VIP inmates.