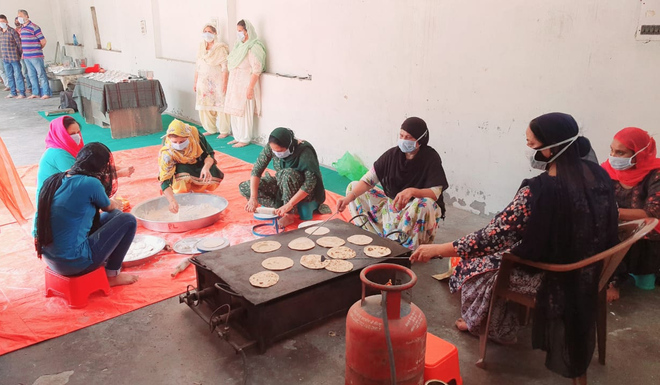 The canteens have been set up by the Police Department in every district of the state to provide meals to underprivileged people.

Such canteens were established in every district of Punjab. The police authorities said the step was taken in order to ensure that no Covid-affected family faces problems in getting cooked food.

Not only this, the Punjab Police were also providing cooked dry ration to the underprivileged families in the slum areas. Police officials said that gazzetted officers besides SHOs of various police stations were asked to identify such families.

The people belonging to underprivileged families and those affected by the virus were particularly at the receiving end.

The Punjab Police therefore have formed designated teams who would not only identify such families in the slum dwelling but also provide them cooked food or dry ration as per their need. “Yesterday we got around half a dozen calls from the patients and our teams delivered the food at their doorsteps,” he said.

Manpreet Kaur Shimar, Assistant Commissioner of Police (cybercrime and forensics) has been appointed commissionerate as nodal officer for this purpose. “Several families of cops and women cops had volunteered for preparing the food and our teams were ensuring to deliver the same to the needy persons,” she told. Not only this, people could also contact them on helpline numbers for different needs like availability of oxygen or getting curfew passes.