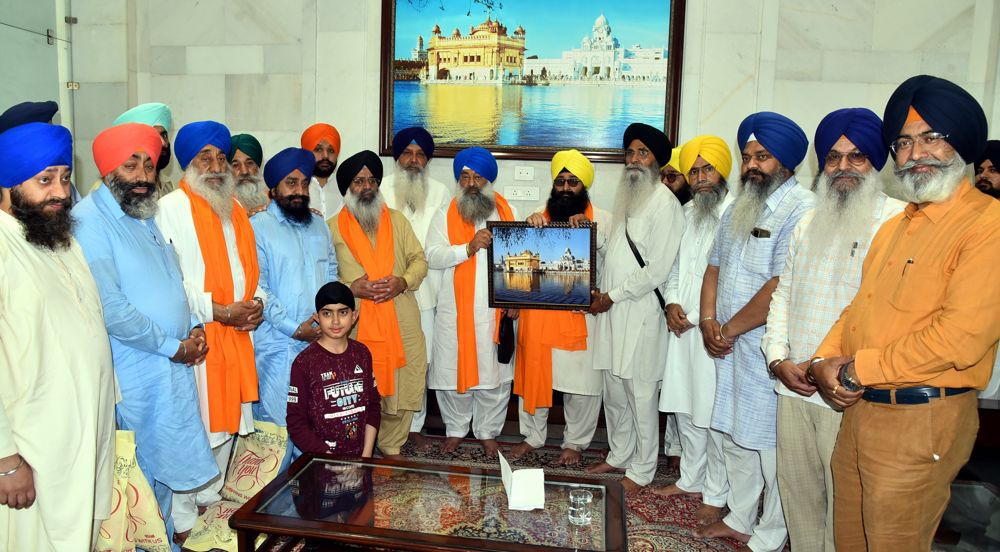 SGPC president honours S Pritam Singh, leader of the Sikh jatha from Pakistan, and others in Amritsar on Tuesday. Tribune photo

The SGPC on Tuesday honoured a jatha (a group of pilgrims) from Pakistan that had come to pay obeisance at the Golden Temple.

The delegation had reached India via the Wagha border on April 22 under the leadership of Pritam Singh of Sri Nankana Sahib. The jatha had earlier paid visit to the Sikh shrines located in Delhi and Sri Anandpur Sahib.

Honouring the Pakistani Sikh jatha at the information centre of Golden Temple, SGPC president Harjinder Singh Dhami said it was a matter of pleasure that the majority of Sikhs residing in Pakistan were Sabat Soorat Amritdhari (baptised).

Dhami said on the 100th anniversary of Shaheedi Saka (Martyrdom Massacre) of Sri Panja Sahib on October 30, efforts would be made to send a large jatha of Sikh pilgrims from India to Pakistan.

Pritam Singh said 48 Sikh pilgrims had arrived in India on a 15-day visa for paying obeisance at gurdwaras in India. They also thanked the SGPC for the honour.