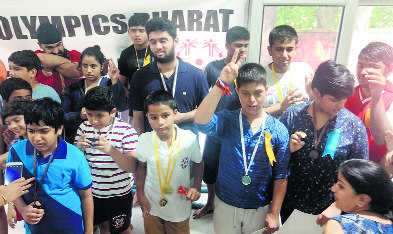 Specially abled children with their medals during the swimming meet at the Sector 23 pool on Saturday. Tribune photo

The competition was organised by the Sepcial Bharat Chandigarh Chapter at the Sector 23 all-weather pool.