WASHINGTON: Girls are not confident about their mathematical abilities — even though there is no difference in their talent from that of boys — causing fewer women to choose a career in sciences, scientists say. 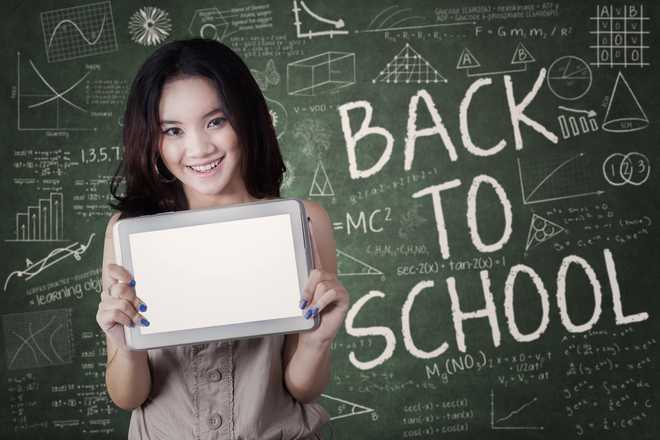 Girls are not confident about their mathematical abilities — even though there is no difference in their talent from that of boys — causing fewer women to choose a career in sciences, scientists say.

"The argument continues to be made that gender differences in the 'hard' sciences is all about ability," said Lara Perez-Felkner, from Florida State University in the US.

The research team found perception gaps are even wider at the upper levels of mathematics ability — among those students with the most talent and potential in these fields.

Perceived ability under challenge was measured using a study that followed 10th grade students over a six-year period until two years after high school.

A series of questions in the 10th and 12th grade surveys asked students to indicate their level of agreement with statements such as "I'm certain I can understand the most difficult material presented in math texts".

"It influences whether they choose colleges that are strong in certain science majors. It also influences the majors they intend to pursue and the majors they actually declare and continue on with in degrees and potential careers," he said.

Researchers argue that gender differences in confidence in their mathematics ability in challenging contexts has considerable longer term consequences.

They found that boys are encouraged from a young age to pursue challenge — including the risk of failure — while girls tend to pursue perfection, judging themselves and being judged by more restrictive standards reinforced by media and society.

In middle and high school, increased opportunities such as science camps, recruitment of girls to participate in upper level science courses or extracurricular activities, informal science learning experiences and increasing visibility and access to women scientists are other methods to sustain girls interest and engagement in so called "hard science" fields.

Increasing access to advanced science coursework in high school and the early years of post-secondary school can improve chances of girls entering these fields.

The study was published in the journal Frontiers in Psychology. — PTI