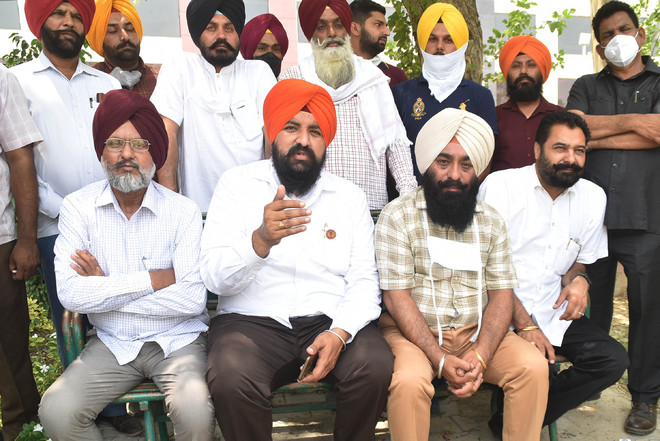 Members of the Revenue Kanungo Association and Revenue Patwar Union have decided to shun work in all patwar and kanungo circles for an indefinite period. The announcement was made by their representatives during a press conference here on Monday.

Addressing mediapersons, Harbir Singh Dhindsa, state president of the patwar union, said: “The decision to shun work was taken as our outstanding demands have not been accepted so far. There are 172 patwar circles, but only 109 patwaris are looking after the entire work, whereas 63 patwar circles are lying vacant. As a result, patwaris are burdened due to shortage of staff.”

“After number of patwaris retired from service, no fresh appointments were made to fill posts. After several rounds of meetings with Revenue Minister Gurpreet Kangar, who made promises to fulfil our demands, no genuine efforts had been made to address our issues. No official notification has been issued so far. We have unanimously decided not to work under burden. If our demands are not met, we will announce an agitation against the government soon.”