‘The Comrades and the Mullahs’: China, Taliban and a changing Asia : The Tribune India

‘The Comrades and the Mullahs’: China, Taliban and a changing Asia 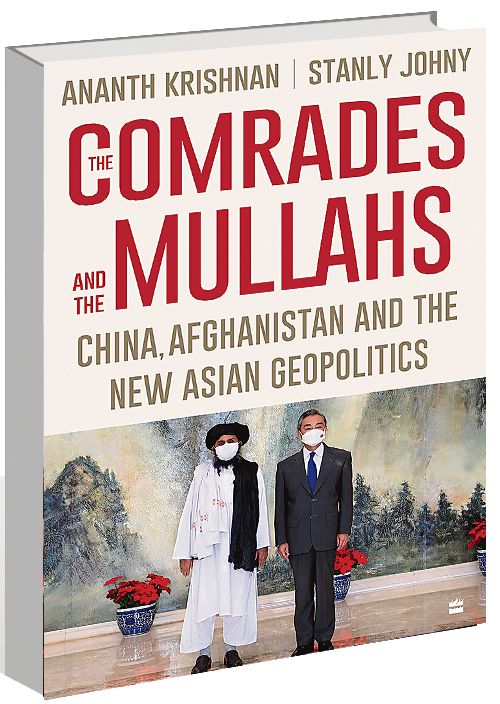 The Comrades and the Mullahs: China, Afghanistan and the new Asian Geopolitics by Ananth Krishnan & Stanly Johny. HarperCollins. Pages 304. Rs 469

IN their introduction, the authors note: “The first half of the book focuses on America in Afghanistan — its entry and exit — while the second half deals with the rising influence of China on its neighbours to the west.” The book does these but covers much more ground. It goes, inter alia, into facets of Afghan history, the rise of Deobandi Islam, the Soviet invasion of Afghanistan and the Afghan response, India’s policy towards Afghanistan, the Chinese travellers who took Buddhism to Afghanistan, China’s treatment of its Muslim minorities and China-Pakistan ties.

This ambitious canvas in a relatively short work is both the book’s strength and its weakness. While it gives useful insights into areas of current global significance, the weaknesses arise from its cursory treatment of some subjects, including the growth of Islamism in Afghanistan, a complex ethnic and sectarian country. A number of factual errors (for example, Ismail Khan, the legendary Herat commander, is described twice as a ‘Shia Hazara’ leader when he is a Tajik) is a negative.

In tracing the rise of the Taliban and their spread, Ananth Krishnan and Stanly Johny follow conventional accounts, which avoid the many contradictions of the then Afghan scene. They do well though to touch upon the doctrinal differences in Islam, including in its political manifestation; Indian security scholars especially need to build on the authors’ account. Osama bin Laden and Taliban leader Mullah Omar’s relationship is explored well. It developed following the former’s return to Afghanistan in 1996. The Taliban had no role to play in the move which impacted Afghanistan and global history.

What the authors excel is in their flowing contemporary reportage and recent history. Thus, the chapter on the fall of Kabul is a fine survey of the events leading to the demise of the Afghan Republic. The book correctly focuses on the shortcomings of former President Ashraf Ghani, who has to bear a great responsibility for the final denouement. The assessment that “Ghani was mercurial, impulsive and isolated” is accurate; so is their account of Amrullah Saleh who is brave and resolute, but was he politically wise in joining Ghani and abandoning his earlier colleagues? And now without sanctuaries that Pakistan provided the Taliban, can an anti-Taliban revolt succeed unless there is a wide-scale popular uprising in Afghanistan? The authors should have probed this vital question.

The book’s second part on China’s approaches towards Afghanistan emphasises the cold realism of its policies. The authors give a good account of Sino-Afghan ties since the founding of the People’s Republic. Particularly relevant from the Indian viewpoint is the alacrity with which China settled its border with Afghanistan. Over the past two decades, almost all Afghans have wanted to develop close ties with China and the Republic’s political class was deeply impressed with its economic success.

Also significant is how China has ensured that the shadow of its brutal actions towards the Uighurs has not really fallen on its relations with the Islamic world, including Afghanistan. China’s policy of not being concerned with how foreign governments treat their people has ensured that the Islamic world has ignored the manner in which it has crushed Uighur violence, but also curtailed Islamic expression, including aspects central to the faith. The authors have documented these Chinese actions towards Muslims, especially since President Xi Jinping assumed office, exceedingly well.

Krishnan and Johny have also given an excellent insight into the debate within the Chinese strategic community on the US’ chaotic withdrawal. What emerges is that China will continue to maintain close contacts with the Taliban, both directly and via Pakistan, to ensure its strategic interests but will refrain from any strategic or economic adventurism.

The chapters on China-Pakistan ties and India and Afghanistan are thought-provoking. The authors are right in assessing that the CPEC is a game-changer in Sino-Pakistan relations for it immeasurably deepens China’s stakes in Pakistan. It provides a positive pillar to a relationship which grew out of a shared animosity to India. The survey of Independent India’s relations with Afghanistan in its different eras reveals, as the authors note, the pragmatic realism that has generally marked Indian policy. That was so in the 1990s too but now India has, according to Krishnan and Johny, “articulated a policy of reluctant engagement”. In truth, India is exhibiting more reluctance than engagement and will continue to pay a high strategic price because of ignoring the nature of the Afghan people.

This book deserves to be read by India’s political and strategic community because it deals with issues relating to the country’s vital interests and the questions that consequently flow regarding India’s policies and postures.