Sole earner shot in US, kin in dire straits in Punjab 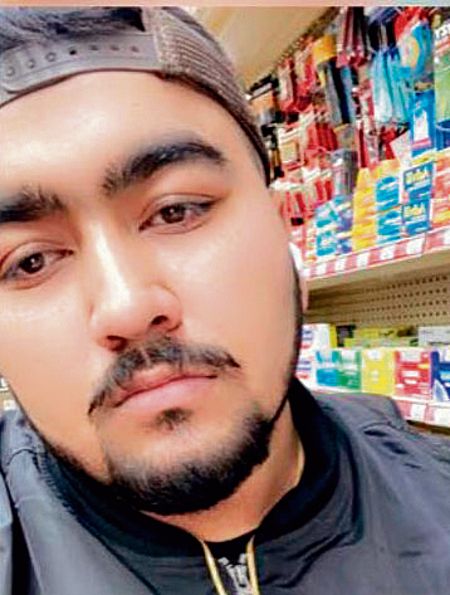 Six years ago, Simarjit Singh sold off his 7 kanals to send elder son, Gurjit Pal Singh, to the US. On Monday, Gurjit (22) was shot by a man in Texas over a game in a casino where he worked.

Resident of Bassi Jaid village near Begowal in Kapurthala, the family is in dire straits as they have lost their only earning member, on whom they had pinned their hopes of a happy future.

Jasraj Singh, Gurjit’s 16-year-old brother, who studies in Class XI, says: “The store owner called us to tell my brother had been shot. My aunt’s daughter who is also in the US also reached there. We are devastated.”

Jasraj’s mother hasn’t stopped crying since. It was Gurjit’s sixth year in the US. He was working at a multi-utility store in Houston, Texas, which had a gas station and a casino within.

Gurjit’s father Simarjit works as a milkman to make both ends meet. The family relied heavily on Gurjit’s earnings.

“We had sent him after selling off land. He was repaying the debt. Our only earning member is gone. Father sells milk for a living but it merely keeps us afloat,” says Jasraj. Their sister is married in Canada.

Speaking about the incident, Jasraj adds: “A man came to the casino around 7.30 pm and returned again at 10.30 pm. He shot my brother in a fit of rage after being told the casino timings were over. He was apparently under the influence of drugs.” “We don’t believe it’s a hate crime,” he adds.

The family is now in a dilemma over catching a last glimpse of Gurjit. “Due to Covid, it will take two months to bring back the body. It will be handed over to relatives tomorrow. We request that my mother and father be granted a visa to visit the US for the last rites,” says Jasraj, adding both were vaccinated and had passports.

Gurjit Pal Singh’s father Simarjit Singh had sold off his 7 kanals to send his son abroad six years ago. Now, he works as a milkman to make ends meet. Gurjit was working at a multi-utility store in Houston, Texas, and was repaying the family debt.