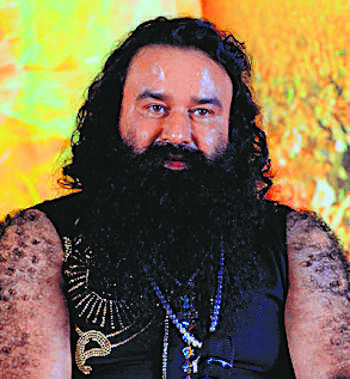 She was sexually abused twice by Dera Sacha Sauda chief Gurmeet Ram Rahim Singh, and her brother was murdered.

A special CBI court in Panchkula sentenced Dera Sacha Sauda chief Gurmeet Ram Rahim and four other convicts to life imprisonment for murdering a sect follower in 2002 on Monday.

Sitting inside her three-storey parental house in Kurukshetra district, despite being guarded by armed policemen, the 45-year-old victim, in her soft low-decibel voice, said, “I still live in fear. I have a family. He (Ram Rahim) can do anything despite being inside the jail. I lost my brother. My father and mother passed away while waiting for justice. Death sentence should have been given,” she said, as the portraits of her brother, father and mother hung on the wall of the drawing room.

She was one of the two witnesses in the rape case where Ram Rahim was finally convicted after 18 years of the crime in August 2017. For conviction in her brother’s murder case, she had to wait for more than 19 years.

Due to a large following of devotees, Ram Rahim had been influencing poll outcomes in Punjab and Haryana, she alleged. Top politicians across the political spectrum keep approaching him for votes.

The rape victim’s brother was a staunch follower of Dera Sacha Sauda since childhood. Ram Rahim’s utterances used to be like orders for him.

She revealed that sadhvis used to go to his ‘gufa’ (den) in the night one at a time. She was also called on August 28, 1999, inside his den and was violated in the name of purification, as he claimed he had right over her body. In 2000, she was again called to the den. She was told that if she didn’t go, she wouldn’t get food. She was violated again. She was called the third time too, but this time, she successfully resisted.

She had lost faith. “Initially, I thought I was wrong as there was an atmosphere of fear and blind faith in the dera. Had you uttered anything negative, they would have broken your limbs. My brother’s faith in him was far more than mine. He used to call him ‘Pitaji’ (father),” she said while breaking down.

She thought about running from the dera many times. Youngest of the siblings, she was close to her brother and one day mustered courage and told him everything.

Her brother withdrew her, along with his two daughters, from the dera in April 2001.

“Had my brother not trusted me, I would have got rotten inside the dera. There were several victims but their parents didn’t trust their allegations due to blind faith. Some had no other place to go,” she said. However, she had revealed the names of some women who had left after being abused by the Dera chief.

Just nine days before his murder, her brother came to meet her at her in-laws’ house on July 1, 2002. He told her that Dera men had threatened to kill him as they suspected him to be behind an anonymous letter, alleging sexual exploitation of women followers inside the Dera which specifically mentioned her case too.

“They wanted him to apologise by falling at Ram Rahim’s feet. He told them to do whatever they liked to.” Her brother was shot dead on July 10, 2002, when he was returning from his fields.

During those days, she was pregnant and delivered a child. When her father got to know about the truth, he decided to fight the case. “My father said he will fight till death. He knew that my brother died for truth,” she said.

Till now, her husband didn’t know about her story.

“My father had suggested it to him. But I had to talk to him in detail. He told me to do whatever my father was saying. My daughter supported me too. She is like my friend,” she said.

“After I recorded statements against Ram Rahim and the trial started, there was a lot of pressure on the family for a compromise,” she said while breaking down again.

While pointing towards the top floor of the parental house, she said, “When this house was being constructed, my brother asked Ram Rahim for his blessings. He asked my brother to build a special portion for him. Such was the faith that my brother altered the design for him.”

“Ram Rahim was like a ‘Ravana’ (demon king in Ramayana) and my brother became a cause for his end just like Lord Rama or Lord Krishna,” she said, breaking down again.