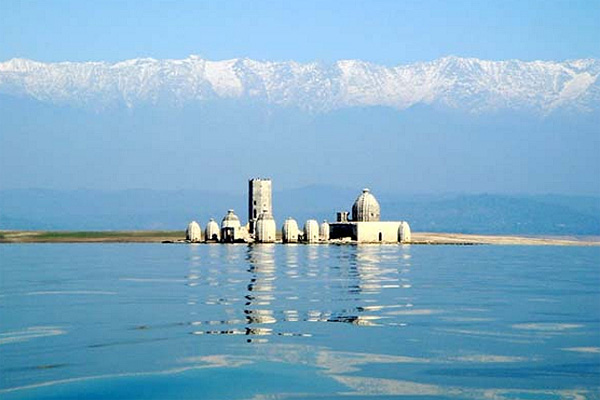 The Pong Dam lake, an internationally recognised wetland, receives more than one lakh migratory birds every year, maximum in North India. However, despite such a spectacle of nature, the tourism potential of the lake is still to be tapped.

The successive governments gave wide publicity to an Asian Development Bank (ADB) loan for promoting tourism at the lake. The first phase of the plan was to develop the area near the Pong Dam structure as a tourist destination. A few huts were built near the Pong Dam for tourists. However, despite an investment worth crores of rupees, these huts have never been put to use.

The massive investment plan for tourism development had drawn criticism from the people living in the vicinity of the lake. They were sore at not being taken into confidence while chalking out the plan. The government spent about Rs 10 crore to develop the area near the Pong Dam structure for attracting tourists.

Raghav, who lives in the area along the lake, said a few tourists came to visit Pong Dam. The government should first create infrastructure around the lake that can attract tourists rather than creating housing facility for them.

The stakeholders, at a meeting held at the district headquarters, had lodged their protest against the initial plan chalked out for spending Rs 10 crore to develop tourism in their area.

Some participants said developing the entire infrastructure for tourism near the Pong Dam area would be a waste of funds. Due to security reasons, there are restrictions on the tourists visiting the Pong Dam area.

The government should, in fact, provide basic infrastructure to private entrepreneurs, who want to create places for attracting tourists to the area.

The much-celebrated village tourism should be promoted. There are many landmarks such as rock cut Masroor Temples, heritage properties of the former Guler state and Kangra art centres that can attract tourists. If the government involves locals, it can help generate employment and increase tourism in the Pong Dam area.