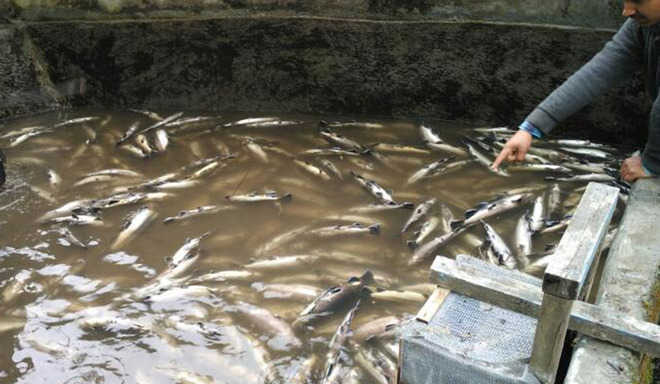 The J&K Administration is introducing biofloc technology (BFT) to boost fish farming in the potential areas across the union territory, a senior government official has said. - File photo

The J&K Administration is introducing biofloc technology (BFT) to boost fish farming in the potential areas across the union territory, a senior government official has said.

Considered as a new “blue revolution” in aquaculture, Biofloc is a profitable method of fish farming and has become very popular all around the word as an alternative to open pond fish farming.

It is a low-cost way in which toxic materials for the fish such as ammonia, nitrate and nitrite can be converted into feed.

The principle of this technique is to recycle nutrients.

“In view of the multiple benefits of the BFT system over the conventional pond fish culture system and to demonstrate this high-yielding intensive fish farming to farmers, it is being introduced in J&K,” Choudhary said.

Choudhary, who recently visited the Hunters Ranch at Meluri Jagir Bajalta here for inspection of the Biofloc unit established in private sector by Col Sunil Singh Sambyal (retd), said this technology had already been adopted in many states and the units were reportedly running successfully. — PTI