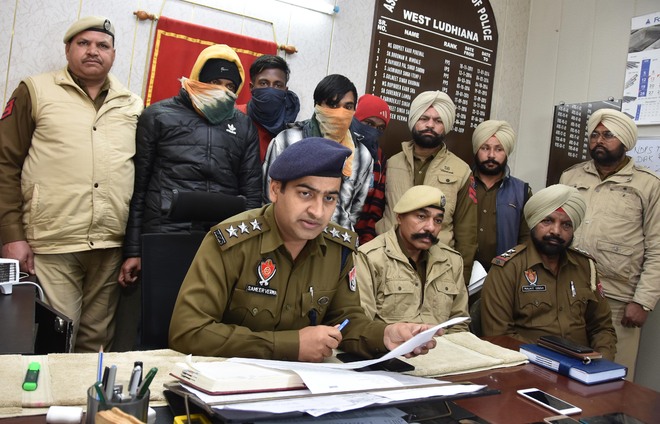 The Haibowal police claimed to have busted a gang of robbers and thieves with the arrest of four of its members.

Verma said two members of a gang of snatchers, namely Gaurav Kumar Gora of Green Enclave and Ramesh Mongli of Kunj Vihar, were nabbed. The police recovered one mobile phone and one motorcycle from them.

The ACP said the mobile phone was snatched by them on January 14 from Aman Vihar. The gang robbed pedestrians during the night.

The Haibowal police also arrested two mobile thieves and recovered four mobile phones from their possession. They have been identified as Kushgill of Chawani Mohalla and Kamal Kumar Mangu of Kila Mohalla.

The ACP said both suspects stole mobile phones from houses and shops and sold them off to other persons.

During preliminary investigation, the suspects confessed that they had committed four thefts at houses in Chawani Mohalla, Bindra Colony, Haibowal Kalan and Kundanpuri in the recent past. They had no criminal past.