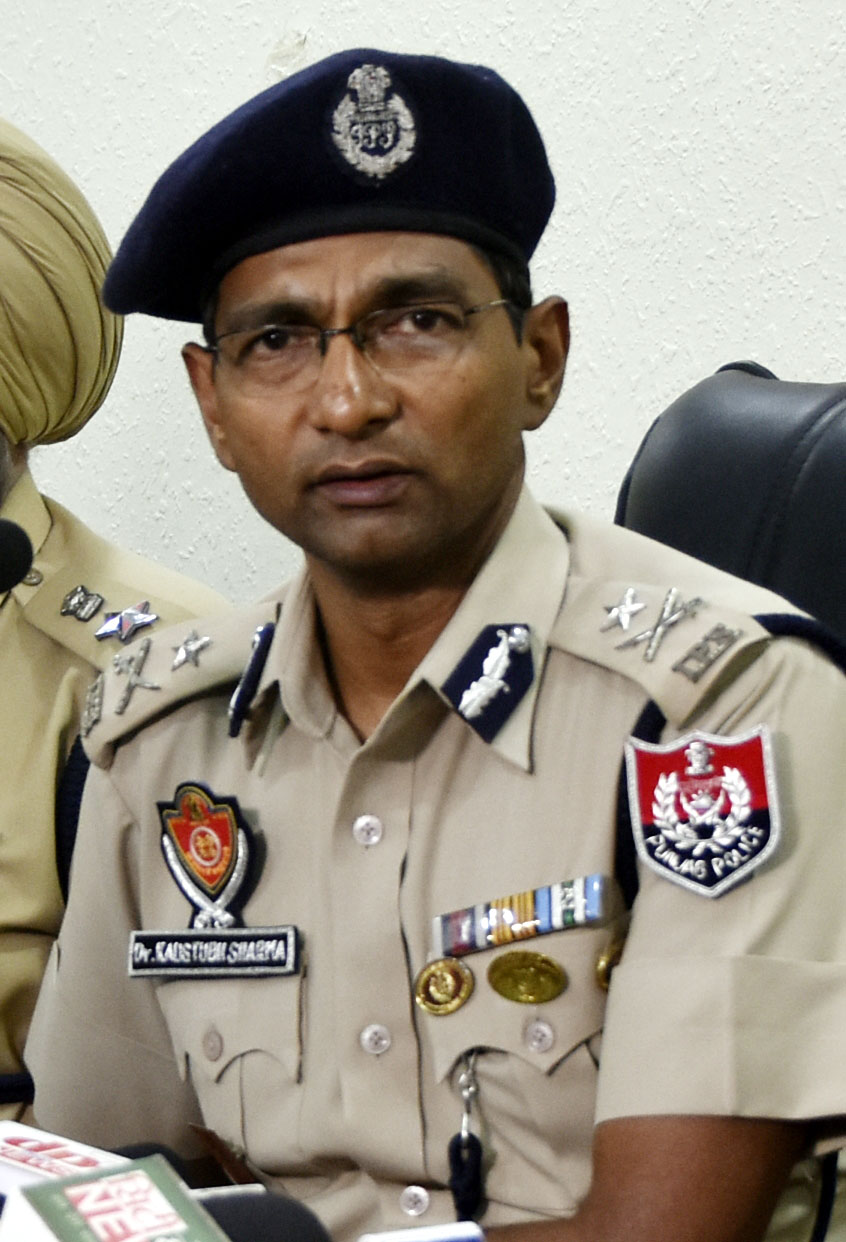 With the huge recovery of drugs from 492 peddlers and smugglers arrested in 361 cases registered under various provisions of the Narcotic Drugs and Psychotropic Substances (NDPS) Act this year, the Ludhiana Police Commissionerate has created a record of sorts, officials have claimed.

While opium remained the top choice of the arrested drug peddlers and smugglers, heroin, crystal methamphetamine, which is popularly known as ice or party drug, poppy husk, smack, charas, ganja, narcotics powder, and intoxicant pills, capsules, injections, and syrups were also seized in large quantity here from January to July this year.

waged a War on drugs

We have adopted a zero tolerance for drugs and have waged a war on contraband and its peddlers and smugglers as per directions of Chief Minister Bhagwant Mann and DGP Gaurav Yadav. Nobody indulging in the illicit trade will be spared at any cost. —Dr Kaustubh Sharma, Commissioner of Police

Commissioner of Police (CP) Kaustubh Sharma told The Tribune here on Saturday that not only the recovery of the majority of drugs but also the number of arrests and NDPS cases this year were the highest in the past five years.

The comparative figures from January 1 to July 31, compiled by the Police Commissionerate, revealed that 29.23 kg of opium, 6.71 quintal of poppy husk, 2.79 kg of charas, 14 gm of smack, 5.97 quintal ganja, 4.65 kg of heroin, 6 gm of ice or party drug, 3.56 kg of narcotics powder, 60,937 intoxicant pills and capsules, and 20 intoxicant injections were seized from 361 peddlers and smugglers caught in 492 cases registered under the NDPS Act this year. 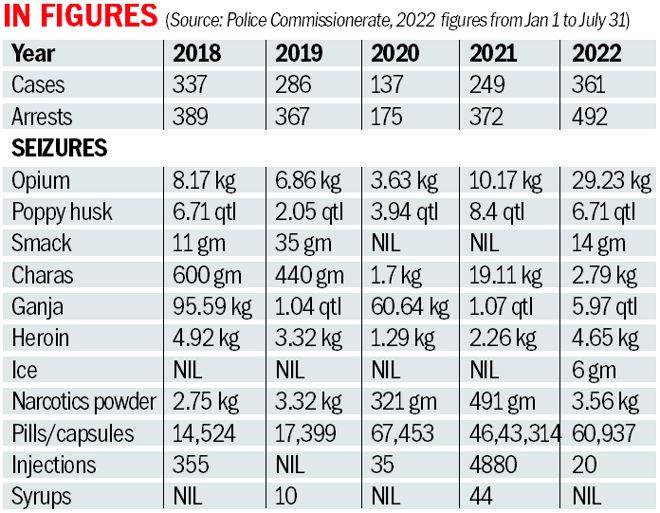 Of the total 29.23 kg of opium seized in the past seven months this year, 21.34 kgof opium was seized since April 9 when Dr Sharma had assumed the charge of the Ludhiana Commissionerate police chief.

Similarly, 5.46 quintal of the total 6.71 quintal of poppy husk, entire seizure of heroin, ice or party drug, narcotics powder, and 51,812 intoxicant pills and a total of 60,937 capsules and all 20 intoxicant injections were recovered since April 9 here.

Also, 296 of the total 361 The Narcotic Drugs and Psychotropic Substances Act cases and 403 of the total 492 arrests in these cases during the past seven months this year were made since April 9.