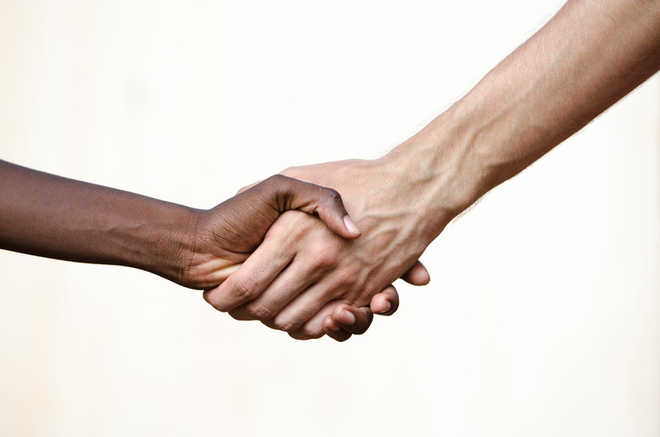 Reminiscing my childhood in our village, we were famous as a trio of friends; the other two were Shyam Lal and Mansa Ram. They both were the only sons of their parents. Shyam Lal lived at the farthest corner of the village while Mansa Ram’s house was near mine in the middle of the village. Shyam Lal and I did engineering but Mansa Ram had to drop out of school early after the sudden demise of his father. By the time we two settled in our jobs in different cities, Mansa Ram had moved ahead of us. He pursued farming, reared milch cattle, married early and became the head of his family.

Villages had no phones in those days. We two used to meet him whenever we visited our village, which was quite often. We cracked jokes, shared our experiences and enjoyed cream-topped pure milk in brass glasses at his place. But Shyam Lal now started considering Mansa Ram unfit for our company. ‘Two is a company and three is a crowd. Why should we need a third person? We all have gone too far in the realm of time. He has nothing to share in our company,’ he would say because of Mansa Ram’s rustic background and the village way of life. In his view, city life had brought about a change, which we two shared, that was different from that of village folks which he did not think was worth emulating anymore.

But I knew Mansa Ram had a heart of gold. He regularly visited our homes and enquired about the well-being of our parents when we were away in cities doing our jobs. He was, in real sense, a friend in need. So I never took Shyam Lal’s outpourings seriously.

Life went on. Once Shyam Lal got a message that his parents had been admitted to a hospital due to diarrhoea that had spread in the village. He phoned me from his office and dashed to his home. There he was informed that his parents were in a hospital in a nearby town.

Many worrying thoughts came to his mind on the way to hospital. On reaching there, he saw that Mansa Ram was sitting beside his parents. His mother narrated how Mansa Ram took them to the hospital in his tractor-trailer, admitted them there, bore all expenses and was with them for the last three days. ‘We are alive because of him,’ said his mother.

Tears welled up in Shyam Lal’s eyes. He tightly hugged Mansa Ram, the third person in the trinity, his countenance reflecting the regret inside. The scene remains permanently etched in my mind.