This is the fourth major farmers’ meeting in western Uttar Pradesh after Muzaffarnagar, Mathura and Baghpat 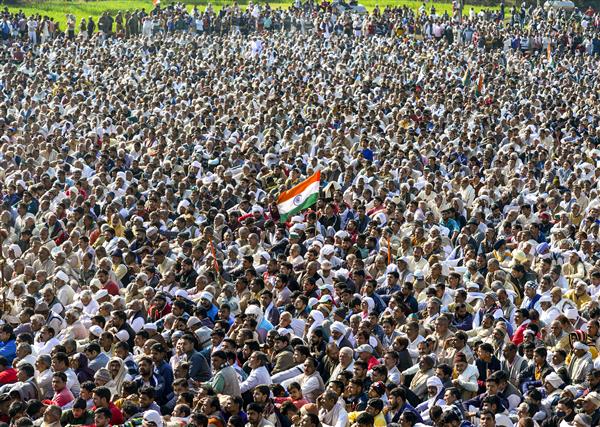 Thousands of farmers turned up for a meeting in Shamli district in western Uttar Pradesh on Friday amid a growing clamour against the Centre’s agri-marketing laws in the region.

People from Shamli and nearby districts started reaching Shamli’s Bhainswal village on tractors, two- and four-wheelers and on foot for a ‘kisan mahapanchayat’ being held there by the Rashtriya Lok Dal (RLD).

The people gathered there despite the Shamli administration denying permission for the meeting and imposing prohibitory orders under section 144 of the CrPC.

This is the fourth major farmers’ meeting in western Uttar Pradesh after Muzaffarnagar, Mathura and Baghpat, besides some in Haryana, to support the ongoing stir against the farm laws.

Scores of regional ‘khap’ leaders, Bharatiya Kisan Union members and RLD vice president Jayant Chaudhary, among others, attended the event, even as security personnel were deployed in large number in the area.

RLD leader Chaudhary had on Thursday tweeted that there are “144 reasons why I will go to Shamli tomorrow”, attaching to it a news article on the denial of permission for the event by the Shamli district administration.

The RLD has already extended support to the ongoing peasants’ demonstrations at Delhi’s borders and in parts of Uttar Pradesh, Punjab, Haryana and Rajasthan.

The party’s farmer outreach programmes which began Friday in Shamli are further scheduled to be held in Amroha, Aligarh, Bulandshahr, Mathura, Agra, Hathras, Pilibhit in Uttar Pradesh and a couple of them in Rajasthan during the February month. PTI