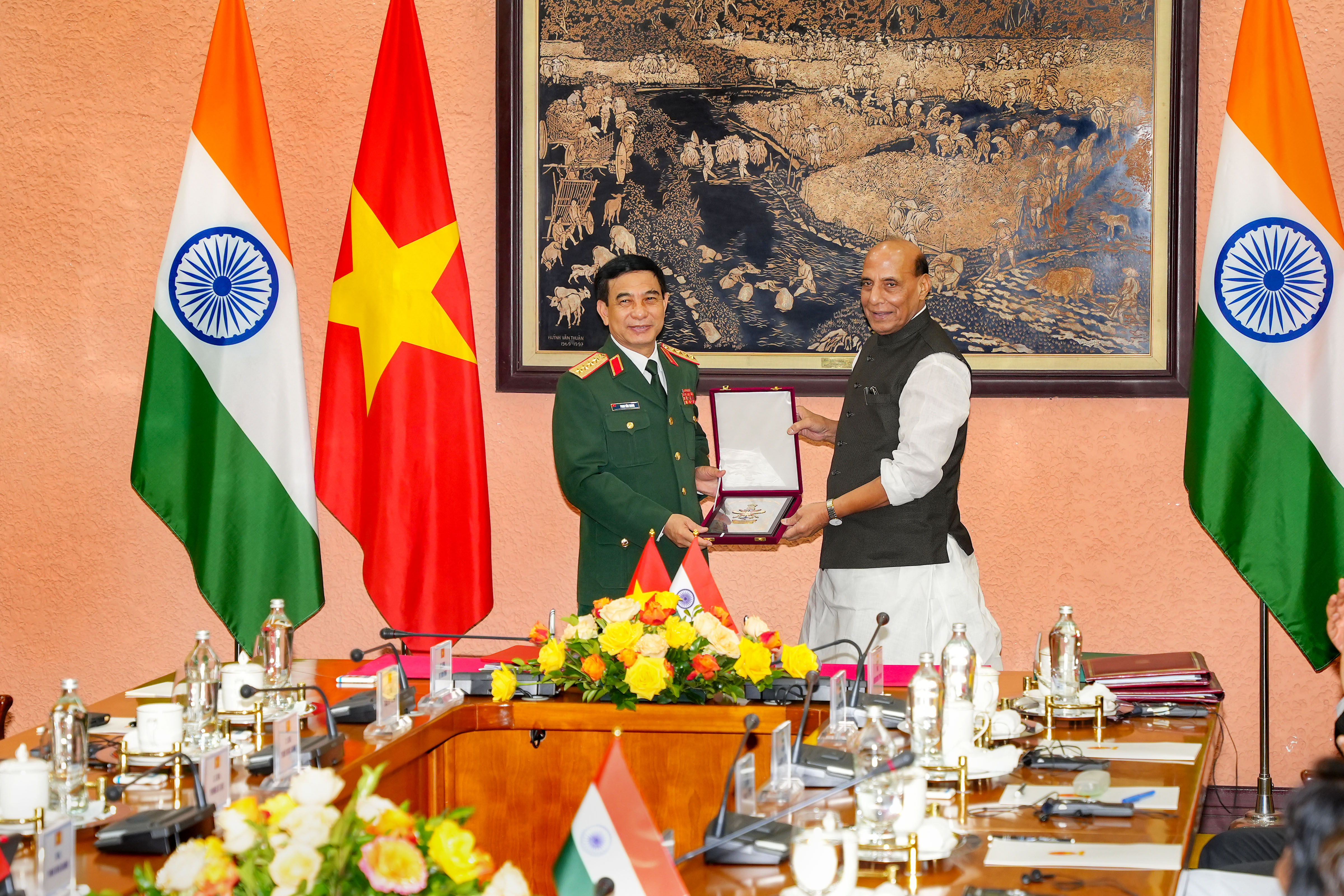 In an important development related to the “Act East Policy”, India and Vietnam on Wednesday inked the “Joint Vision Statement on India-Vietnam Defence Partnership towards 2030” to further broad-base the “scope and scale” of defence ties and sealed a logistics support pact to allow militaries of the two sides to use each other’s bases for repair and replenishment of supplies.

The two sides renewed interactions on expanding bilateral cooperation. “Our close defence and security cooperation is an important factor of stability in the Indo-Pacific region,” Rajnath tweeted.

The close defence and security cooperation between India and Vietnam is an important factor for stability in the Indo-Pacific region. — Rajnath Singh, Defence Minister

The Memorandum of Understanding (MoU) on mutual logistics support is the first such major agreement that Vietnam has signed with any country.

This is significant as it allows Indian warships and military planes to re-fuel and seek supplies at the Vietnamese bases.

Vietnam is one of the six countries locked in a dispute with China over territorial demarcation of the South China Sea.

India and Vietnam had wide-ranging discussions on effective and practical initiatives to further expand bilateral defence engagements, and engage in regional and global issues.

Both ministers also agreed for early finalisation of $500 million defence line of credit extended to Vietnam. The implementation of the projects shall add substantially to Vietnam’s defence capabilities.

Rajnath Singh also announced gifting of two simulators and monetary grant towards setting up of language and IT Lab at Air Force Officers Training School for capacity building of Vietnamese armed forces.

The minister started his official visit by paying respect to late President Ho Chi Minh at his mausoleum in Hanoi. He also visited Tran Quoc Pagoda, a revered Buddhist temple which reaffirmed the age-old civilisational and people-to-people linkages between the two countries.

India and Vietnam share a comprehensive strategic partnership since 2016 and defence cooperation is a key pillar of this partnership. Vietnam is an important partner in India’s “Act East Policy” and the Indo-Pacific vision.