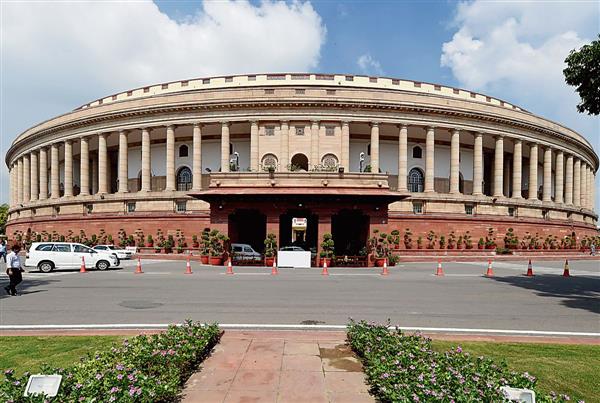 The Parliament was on Thursday adjourned sine die with the Budget Session cut short by 14 days on the account of assembly elections in West Bengal, Assam, Tamil Nadu, Kerala, and Puducherry.

The second leg of the session which started on March 8 was scheduled to end on April 8.

In view of the ongoing campaign for assembly elections in four states and the Union Territory of Puducherry, floor leaders and members of both the Lok Sabha and the Rajya Sabha had urged the government to curtail the sittings of the session.

“I want to ask two things…the Budget Session is going on…the whole country is watching. Should we meet the prime minister in a West Bengal rally? Number two, we have passed so many Bills in this session but there has been no discussion on (LPG) cylinders, roofs for the poor…reducing the price of oil (petrol/diesel),” he said amid objections from the members of the ruling party.

In his valedictory speech, presiding officer in Lok Sabha, Bhartruhari Mahtab said 18 Bills were passed and 17 introduced in the House.

The productivity of the Lok Sabha stood at 114 per cent during the Budget Session, members worked till midnight to dispose off important matters and 146 MPs participated in the discussion on the Union Budget, he said.

Rajya Sabha Chairman M Venkaiah Naidu said the Upper House functioned for a total of 104 hours as against the total scheduled time of 116 hours.

“Against a total of 33 sittings scheduled, from January 29 to April 8, we are concluding it after having 23 sittings,” he said.

The Budget Session provided the members of this House an opportunity to deliberate issues concerning economic growth and recovery particularly in the post COVID-19 phase, Naidu said.

In a media briefing, Parliamentary Affairs Minister Pralhad Joshi later said the session was curtailed due to demands raised by the members due to the ensuing major elections in various states.

The Budget Session was highly productive due to the cooperation of parliamentarians from all parties, he said, adding that 18 Bills were passed by both the Houses. While the Lok Sabha cleared 18 Bills, the Rajya Sabha gave nod to 19 legislations. As many as 20 Bills were introduced in both the Houses.

Three Bills had been sent to the Standing Committee for further deliberation. They include the Tribunals Reforms (Rationalisation and Conditions of Service) Bill 2021, the National Institute of Pharmaceutical Education and Research (Amendment) Bill, 2021 and the Airports Economic Regulatory Authority of India (Amendment) Bill, 2021.