After 11 years, Partap Singh Bajwa back at helm in Punjab

His family has won 12 elections so far 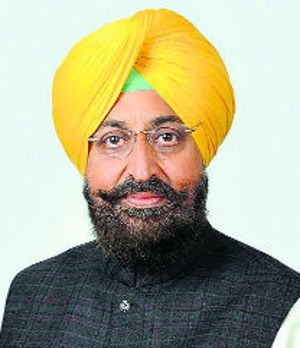 After being relegated to the sidelines of state politics following his 11-year dual stints as an MP, Partap Singh Bajwa, by virtue of being elevated as the Congress legislature party leader, has proved he is still a force to be reckoned with in Punjab’s politics.

He was elected to the Assembly for the fourth time by winning the Qadian seat in the recent elections. Bajwa, whose family has won 12 elections so far, has also joined the rare band of politicians who have served in both Houses of Parliament besides the Vidhan Sabha.

When he was PCC chief in 2015, two veteran Gurdaspur leaders and ex-ministers — Sukhjinder Singh Randhawa and Tript Bajwa — had made life difficult for him. At the time, they were considered acolytes of Capt Amarinder Singh. They had successfully planned and executed the coup that led to their boss being catapulted to the post that Bajwa held.

Seven years down the line, poetic justice seems to be playing out for Bajwa. When he presides over the first meeting of the CLP, both Randhawa and Bajwa will be present. He is now the captain of the ship. Bajwa was the Punjab Congress chief in 2014 when he lost the LS polls from Gurdaspur to film icon Vinod Khanna. He was reluctant to contest but bowed before the will of party chief Sonia Gandhi. For a full year, Bajwa remained in political wilderness before a Rajya Sabha berth rehabilitated him.

The veteran leader is now back politically stronger than ever. His experience in the Assembly will be deeply valued by his peers. In the 11 years he remained in Delhi, Bajwa made a lot of friends. Even his detractors admit this equation with the powerful in the national capital can be used to Punjab’s advantage, if the ruling party so desires.