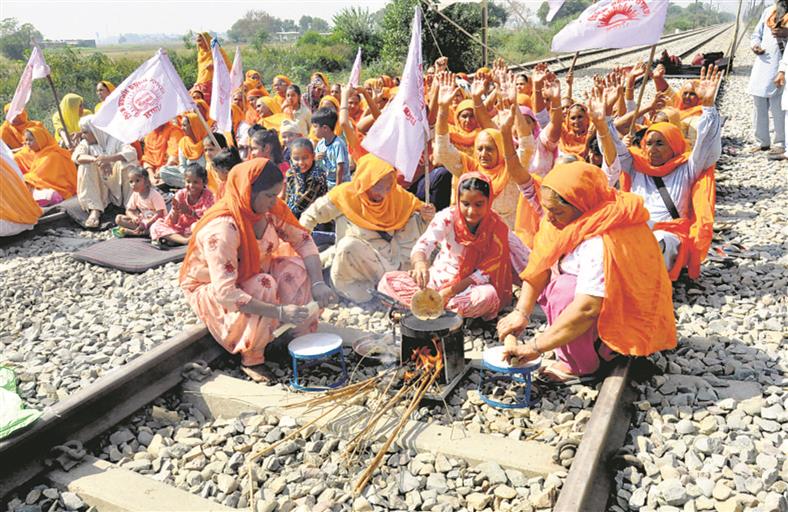 Women cook food on a railway track during a protest against the new farm laws in Amritsar. Sunil Kumar

Congress leader Rahul Gandhi and Punjab CM Capt Amarinder Singh today pledged to force the Union Government to repeal the “draconian” farm laws, which, they said, would be debated during the special session of the Punjab Vidhan Sabha on Monday.

“The Punjab Government will take steps to counter the black laws and protect the farmers,” Capt Amarinder said. Rahul condemned these laws as an “attack on the soul of every farmer”. Welcoming the CM’s decision to convene a special House session, Rahul said the voice of the farmers was gagged in Parliament, but would resonate in the Punjab Vidhan Sabha.

He was delivering a virtual address at the launch of the second phase of ‘Smart Village Campaign’ in Punjab. “If these laws were in the interest of the farmers, why then did the BJP-led government at the Centre not allow a debate on these in the Lok Sabha and the Rajya Sabha?” he asked.