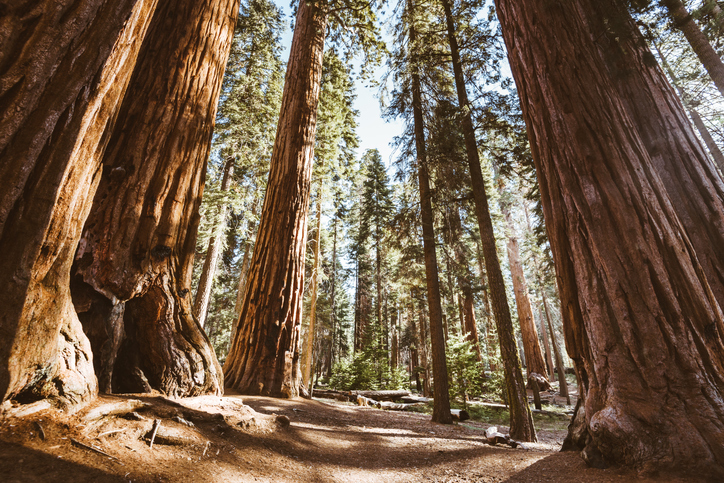 A report from the US National Park Service said wildfires state of California in the past 15 months killed or severely damaged thousands of mature giant sequoias, which led to a two-year death toll about a fifth of Earth's largest trees.

Two fires in the Sequoia National Park and surrounding Sequoia National Forest this September, both ignited by lighting, tore through more than a third of groves in California and torched an estimated 2,261 to 3,637 sequoias, between 3 and 5 per cent of the population of the majestic trees, according to the report released by the agency.

This loss added the two-year death toll of giant sequoias in wildfires to an estimated 13 to 19 per cent of the world's population, reports Xinhua news agency.

This species has a limited distribution, covering just 28,000 acres in 70 groves on the western slopes of the Sierra Nevada mountains in California.

Giant sequoia can live thousands of years on their way to dwarfing most everything around them.

These trees include iconic national treasures like the General Sherman Tree in the Sequoia & Kings Canyon National Parks, which is considered the world's largest tree, standing at 275 feet (83.8 metres) tall with a diameter of 36 feet (10.9 metres) at the base.

Mature giant sequoias mean those trees having a diameter of more than four feet (1.2 metres), and mortal damages mean they are expected to die within five years after being torched, the report explained.

The report blamed the devastating situation for giant sequoias on climate change.

Since 2015 there has been a dramatic increase in the area burned and amount of high severity fire in sequoia groves, resulting in significant mortality of large, legacy sequoias, the report said.

This increase is consistent with the increases in high severity fire throughout the western US, which has been linked with warmer, drier fire seasons and increasing fuel aridity linked with climate change. IANS

20 hours ago
10
Nation THE TRIBUNE INTERVIEW