Wheat harvesting to pick up pace next week 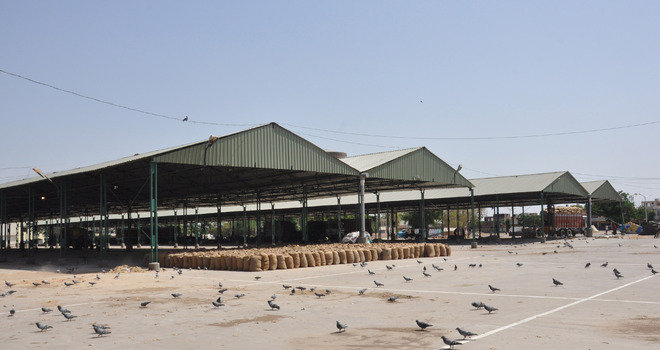 No produce arrived at the Bhagtanwala grain market on the first day of procurement of wheat crop in Amritsar on Saturday. Photo: Sunil Kumar

Though the procurement of wheat crop has officially started, no produce arrived on the first day at the Bhagatawala Dana Mandi, district’s largest grain market, on Saturday.

Officials said harvesting in the district would begin after Baisakhi as the crop is not fully ripe yet.

“The harvesting in Malwa begins early. In Majha, the crop starts arriving late. We expect that the produce will start arriving after 8-10 days,” said an official of the mandi board.

The administration has asked farmers to bring fully ripened crop to the yards, so that they do not have to face any trouble. However, farmers are apprehensive this season as the FCI has decreased the permissible moisture limit to 12 per cent.

The administration has also restricted the entry of more than one person per tractor-trailer to check the rush at markets during procurement season. It has also taken other measures as single entry and exit points to ensure smooth flow of traffic.

He asked if farmers are paid directly, how would workers be paid for their labour?