Frustrated over having nothing to do except claiming responsibilities for terror strikes orchestrated by other outfits, a young man calls it quit. 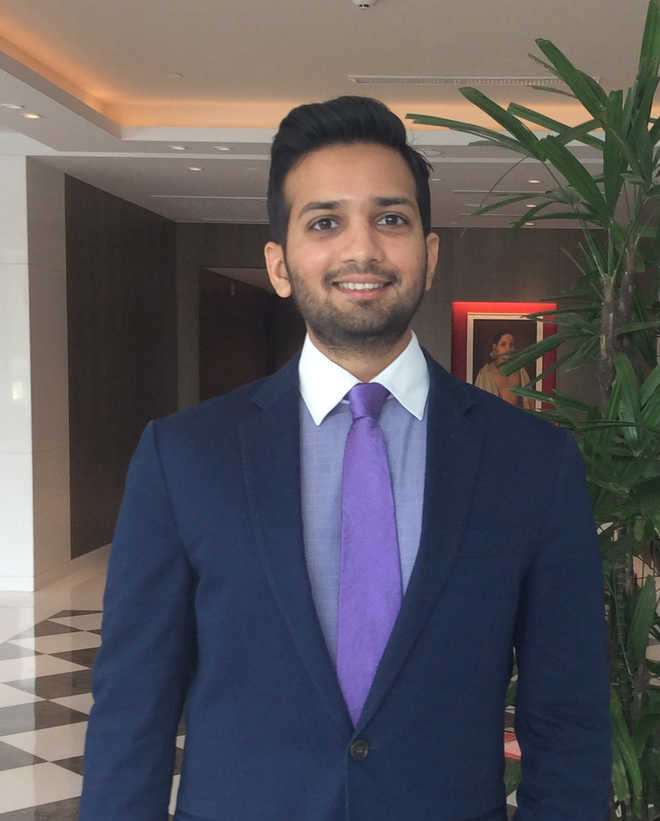 A young man frustrated with nothing to do except claiming responsibilities for terror strikes orchestrated by other outfits, calls it quit. He hands over his resignation letter to the Chief of the Department of Inhuman Resources, who is confused whether to call the group ISIS, ISIL, Daesh or IS? What follows is a hilarious plot that makes you laugh your heart out at one of the world’s deadliest terror outfit captured creatively in the video that says: “It’s about terrorism, not religion”.

With nearly 6,50,000 views on Youtube, ‘I Want To Quit ISIS’ is one of the videos among others including Hi-Sis and BrainWash developed by young Indian and CEO of Mythos Lab Priyank Mathur who believes in using comedy and social media to counter extremist mindsets and terror.

Priyank had an early exposure to multiculturalism and international relations when his family moved to India from Singapore with him as a two year old child. “We lived in a big joint Indian family and for eight hours a day I would be at the American school where you had kids from diplomatic community that got me interested in International relations,” recalled Priyank as he spoke to The Tribune during a recent Delhi visit to address a seminar at Observer Research Foundation on Countering Violent Extremism.

An alumnus of MIT, he got an exciting opportunity to work with Department of Homeland Security in US for nearly three years. These were initial years for the Department, which was finding its feet in a post 9/11 America that had changed drastically since the twin tower deadly attacks. As a 23 year old then, Priyank worked as a policy analyst on Middle East, Africa and Asia affairs and later analysed intelligence gathered from overseas sources to prioritise threats.

In a short span fascinating events shaped up his worldview of the dark grey world of counter intelligence. From being evacuated from Tahrir Square as the Arab Spring engulfed Egypt to celebrating the capture of Osama Bin Laden with colleagues in the US agencies, Priyank has several tales to tell. “When Laden was killed it was a happy day for everyone working in that World. Of course it was a very closely guarded secret but nearly 16 intelligence agencies contributed in some way or other towards downfall of Al-Qaeda. There are more difficult challenges and landscapes today with ISIS and lone wolf attacks,” says Priyank who roped in his real-life experiences to pen articles for the satirical American news organisation The Onion.

“It was a fun combination- weird on hindsight, because you would be working on counter terrorism through the day, go back home and write jokes at night for The Onion. There are lots of funny stuff when you work in the government, it gives you lots of idea for comedy,” laughs Priyank.

As luck would have it, after trying his hands at an advertising agency for the next few years, an opportunity came up for Priyank to collaborate with the US Sate Department to use humour as a tool to combat violent narratives online. Thereby started the process of tying with some of India’s brightest Indian stand-up comedians to produce thought provoking videos without sermonising. “Most of the US government videos on counter extremism were fairly not entertaining or captivating as pop culture. It was stern face official saying ‘hey son, don’t become a terrorist’. If you got that on one hand and American sniper-type women in bikinis and action movies on the other and if you are a kid in Pakistan, you will possibly be more excited about the adrenaline fuel kind of propaganda,” says Priyank.

The pilot projects focused on India with a large population of youth vulnerable to online radicalisation and expanded to Indonesia. Plans are afloat for projects based in Afghanistan-Pakistan, but security of content makers remains a paramount concern. These videos have not let loose a riot, but algorithms suggest a positive influence with reduction in Pro-ISIS tweets in certain belts where the video was watched.

The young change maker in his early 30s is currently more excited about his Bangladesh experience where he has been digitally empowering young girls form 18-22 years of age in conservative villages in Jessore and Dinajpur for a UN sponsored program. Young girls who never saw a smart phone or any mobile phone are telling their stories of sexual abuse and fight with radicalisation through videos shot, edited and uploaded online by themselves. “Under ‘Aamar Shakti’ or My Power, we trained them to make these short videos themed around strong female protagonists so that they might not need to find empowerment elsewhere in ISIS or through human traffickers,” adds Priyank with a look of satisfaction.