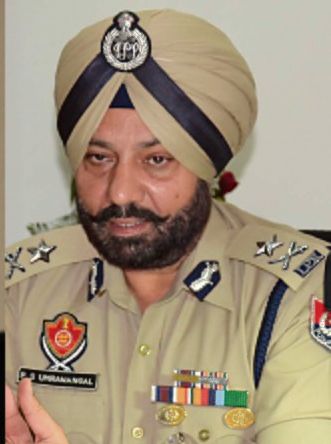 In the Behbal Kalan police firing case, a Special Investigation Team (SIT) of the Punjab Police have accused the suspended Inspector General of Police (IGP) Paramraj Singh Umranangal of trying to influence the witnesses and put undue pressure on the prosecution agency.

In an application moved in the court of the District and Sessions Judge here today, the investigating officer requested the court to provide him the CCTV footage of February 19 around the court complex for the purpose of investigation into the allegations. Umranangal had appeared before the Sessions Court in the Kotkapura police firing case of October 2015. While he had been granted bail, his application for anticipatory bail in the Behbal Kalan police firing case was dismissed on February 11. While many persons had sustained multiple injuries in the Kotkapura police firing case, two persons were killed in the Behbal Kalan incident on October 14, 2015.

The anticipatory bail of both Umranangal and former DGP Sumedh Singh Saini had been dismissed by the Sessions Court in the Behbal Kalan case.

In its application in the court today, the SIT claimed that the custodial interrogation of Umranangal was required in view of the protection and liberty of witnesses. On February 19, he had come to the court with a large number of persons to put pressure on the prosecution agency and witnesses. It could be detected from the CCTV footage, claimed the officer. The SIT also demanded the court to take legal action against the accused.

While the court summoned the counsels for the accused to appear before it on February 24, the counsels for Umranangal claimed that while the IGP was not being provided police protection, he was under constant threat in view of his fight against militancy. — TNS