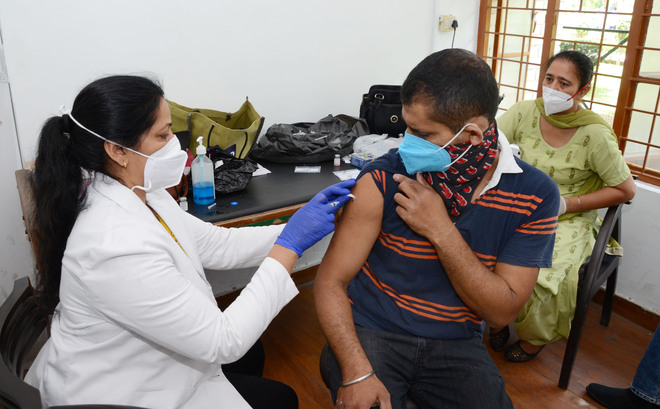 The district reported one more Coid-19 fatality on Sunday, taking the death toll to 930, while 148 new cases pushed the infection count in the district to 29,317.

As many as 2,629 new samples of people with suspected flu-like symptoms taken on Sunday, total number of samples taken in the district so far had reached to 5,91,751. According to the reports received from the lab, 5,62,306 are negative, while the reports of 3, 305 samples are awaited and 570 samples are invalid. Dr Ranjit Singh Ghotra, Civil Surgeon, has informed that the number of active cases is 1,056, while the number of patients who have recovered is 27,331. The reports of 3,041 samples were received on Sunday, out of which148 positive cases were reported today. A 62-year-old woman of Bhim Nagar, in Hoshiarpur city, died at Civil Hospital, Hoshiarpur.

The district reported 20 more Covid-19 cases on Sunday, taking the inflectional count to 11,178. The district now has 252 active cases, of which 218 are under home isolation.

The number of recovered cases is 10,579 (94.23 per cent). Urban Banga, Rahon and Mukandpur did not report even a single case on Sunday. As many as 26 patients are admitted to L-II and 11 in L-III Covid care facilities in local hospitals.