Netizens have dug up portrayals of Ranbir Kapoor, Alia Bhatt and Amitabh Bachchan that have hurt their religious sentiments 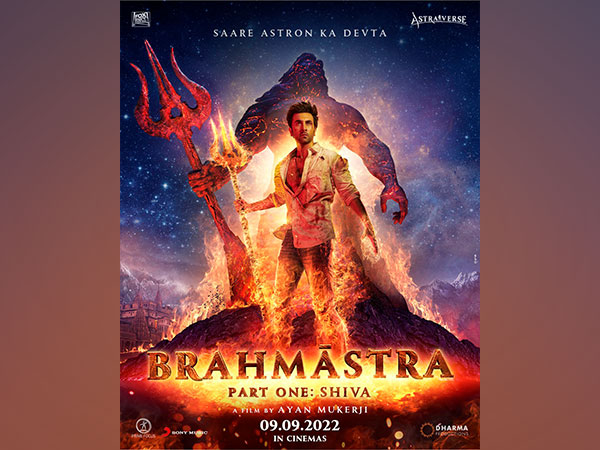 A poster of Brahmastra. ANI

Trollers are currently trending #BoycottBrahmastra on Twitter, asking the people not to watch the film.

Apparently, some netizens went through the archives and dug up actors Ranbir, Alia and Amitabh Bachchan's previous portrayals in different films which have deeply affected their religious sentiments.

Talking about Ranbir, he made a guest appearance in Aamir Khan's 'PK' as an alien, in which Aamir placed stickers of Hindu Gods on Ranbir's cheeks for self-defence.

Along with this a clip from the 'Saawariya' actor's film 'Rockstar' also surfaced on the internet in which he could be seen mocking a Hindu mantra, along with a decade-old clip from an interview where Ranbir stated that he loves to eat beef.

Meanwhile, Alia's controversial advertisement for a clothing brand came into highlight once again during the #BoycottBrahmastra trend, in which, as per netizens, the ritual of Kanyadaan was portrayed as an oppressive practice.

Apart from that, Alia, in an interview, said that "if you don't like me, don't watch me", which has triggered anger amongst netizens. The clip has gone viral on social media, with many Twitter users saying that they will boycott her upcoming film 'Brahmastra'.

Along with this, Amitabh's monologue "Aaj Khush to Bohot Hoge Tum" from yesteryear hit film 'Deewar', where he was seen talking to Lord Shiva's idol is currently getting trolled by the netizens for disrespecting Hindu Gods.

Check out some of the tweets here:

Before you watch this film must remember this pic 👇

Helmed by Ayan Mukerji, 'Brahmastra: Part 1- Shiva' is all set to hit the theatres on September 9, 2022, in Hindi, Tamil, Telugu, Kannada and Malayalam.