Katrina Kaif to appear on 'Koffee with Karan' with Siddhant Chaturvedi, Ishaan Khatter 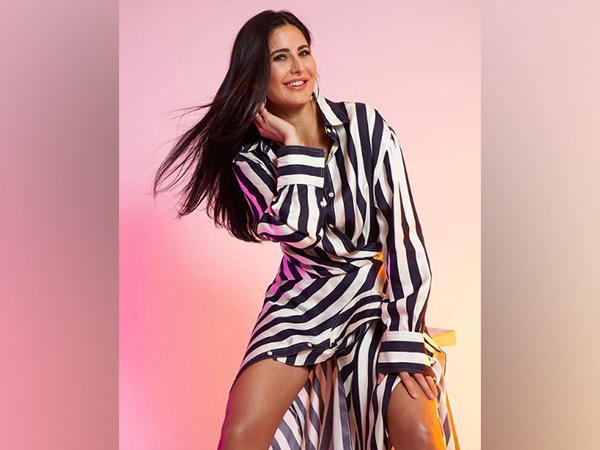 Katrina Kaif is known for her casual yet stylish appearances. She always stands out for making a fashion statement with her chic, casual approach to her styling.

Katrina will soon be making an appearance on 'Koffee With Karan' with her 'Phone Bhoot' co-stars Siddhant Chaturvedi and Ishaan Khatter. She confirmed the news by posting a photo of herself with the caption "Anyone for Koffee??" While her fans are excited to see her on the show, her outfit in the picture, however, is the talk of the town. In the photos posted by Katrina, she is seen wearing a black and white striped shirt dress. The price of the dress has shocked everyone and has netizens talking! The dress Katrina is wearing is from the label Monse and is priced around 1,390 US$, which converts to Rs 1,10,000

Known for keeping it simple, Katrina kept her make-up minimal. For accessories, she went with a classic pair of hoops and shiny, glittery pair of heels.

The trio will be coming to promote their upcoming film 'Phone Bhoot' which is all set to release on November 4.

The film is helmed by Gurmmeet Singh and written by Ravi Shankaran and Jasvinder Singh Bath, produced by Excel Entertainment which is headed by Ritesh Sidhwani and Farhan Akhtar. It was earlier scheduled to hit the theatres on October 7.

Apart from 'Phone Bhoot', she will be seen sharing the screen with Salman Khan in 'Tiger 3' and with Vijay Sethupathi in 'Merry Christmas'. She has also been signed by Excel Entertainment to star in 'Jee Le Zaraa' co-starring Alia Bhatt and Priyanka Chopra.