Rakhi Sawant and Ritesh got married in 2019, they announced their divorce in February this year 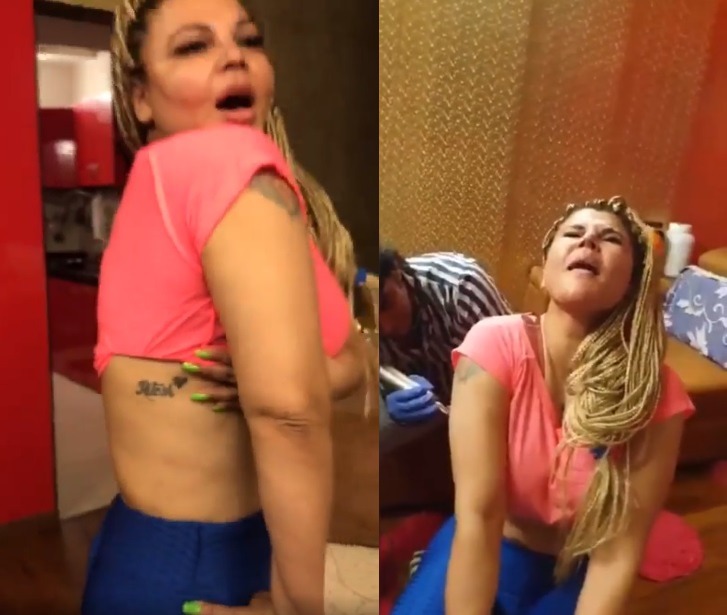 Among the many things that’s trending on social media on Friday is a video of Rakhi Sawant at a tattoo studio. Rakhi Sawant shared the video to tell her fans that she was getting the ‘Ritesh’ tattoo on her body removed.

Rakhi had introduced Ritesh as her husband on Bigg Boss 15 participant where it was revealed that Ritesh was already married when he tied the knot with Rakhi. Rakhi and Ritesh took vows in 2019 and in February this year, Rakhi announced their divorce.

In the video, Rakhi shares with her fans the decision to remove Ritesh’s tattoo and then introduces the tattoo artist. There’s are two more persons in the frame as the group takes a mirror selfie. The entire event is being recorded on Rakhi’s camera. As she sits in front of the artists, Rakhi says, “Aaj main apna ye Ritesh tattoo nikalne wali hoon finally.” The video shows Rakhi screaming out of pain.

Her fans were sad to see Rakhi in pain. They made sure to convey their sympathy and concern for her in the comments section. A fan commented, “Mem aap khud itne strong ho ki aapko kisi ki zarurat nahi bless you.” Another fan said, “You deserve the best!” A fan wrote, “Shi keya aap ne didi.” Yet another comment reads, “Good decision Rakhi mam.”

Rakhi had participated in Bigg Boss 14 and requested Ritesh to come out in the open about their wedding. Even after several requests, Ritesh did not agree. It was on Bigg Boss 15 that Rakhi was finally able to introduce her husband to the public. He even joined her on the show.

But things turned ugly when Rakhi found out that Ritesh was already married and had not divorced his first wife before marrying Rakhi, He even has a child with his first wife. Rakhi was very sad on finding out this reality and on February 15, 2022, she announced her separation from Ritesh.

Had Amit Shah kept his word, there would have been BJP CM in Maharashtra now: Uddhav Thackeray