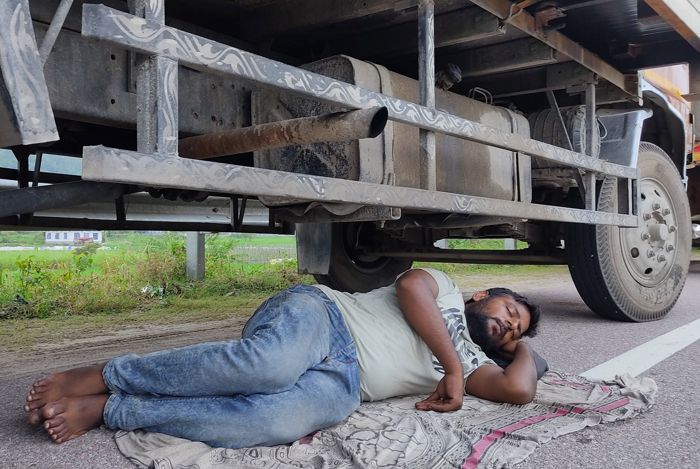 A stranded truck driver rests on the highway near Mandi on Friday. Photo Jai Kumar

The Chandigarh-Manali highway was restored to traffic between Mandi and Kullu after 12 hours today. The road was blocked due to a massive landslide at 7 Mile, a few kilometres ahead of Mandi towards Kullu, early this morning. As a result, a large number of vehicles were stuck in a jam for around 12 hours. However, the police diverted light vehicles via the Mandi-Kataula-Kullu route.

Mandi SP Shalini Agnihotri said that the National Highways Authority of India (NHAI) restored the highway to traffic around 7 pm. Adequate police force had been deployed to clear the traffic jam.