From Kashmir to Kanyakumari 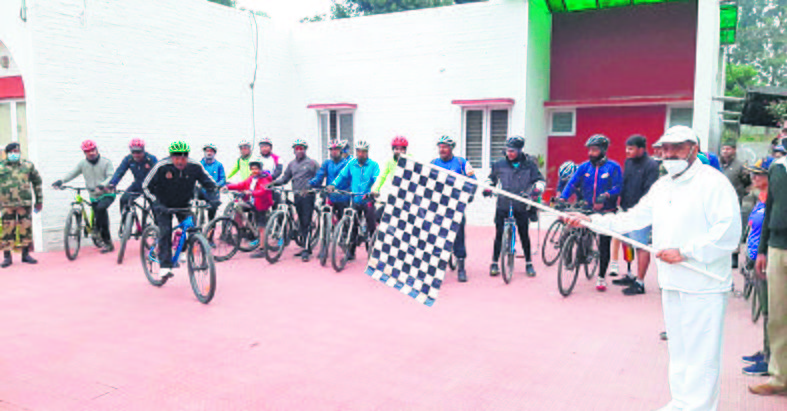 BSF 2 IC Manoj Painuli, the expedition leader, said: “The ride comprising 20 Indian para-cyclists, including four women of international repute, was flagged off by Rakesh Asthana, Director General, BSF, from Nishat Bagh, Srinagar, on November 19. The ride will culminate at Tirunelveli, Kanyakumari, on December 29 after traversing a gruelling route of 3,801 km through 34 cities in 41 days.”

The infinity ride moved on for Chandigarh this morning at 7 after a night’s halt at STC BSF Kharkan Hoshiarpur. The dauntless para-cyclists’ group was received by SS Mand, Commandant (Trg). “These para-athletes have proved with their mettle that if you have a firm resolve to move ahead, nothing can stop you.”

Gur Lal, from the BSF who’s an Asian medalist in para-cycling,, said: “I lost my left foot in a mine blast, but it didn’t stop me. I resolved to make a difference and went for training at AMF’s centre at Hyderabad and now, I am cycling since 2017 and it’s my fifth expedition.”