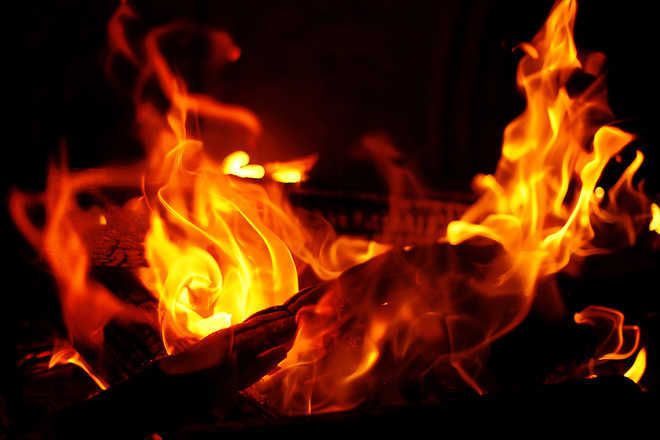 A pesticide factory was gutted in fire in the industrial area of Udhampur district, officials said on Friday. No casualty took place.

The fire broke out in Dhanuka chemical factory at Batal-Ballian industrial estate around midnight on Thursday. Eight fire tenders were pressed into service along with the Army and the Air Force.

The fire engulfed the whole factory premises, which is one of the biggest in the Union Territory. It started moving towards a nearby village but timely action prevented its further spread. The operation to douse the blaze went on till 5 am, firemen said.

Short circuit may be the reason behind it. — PTI