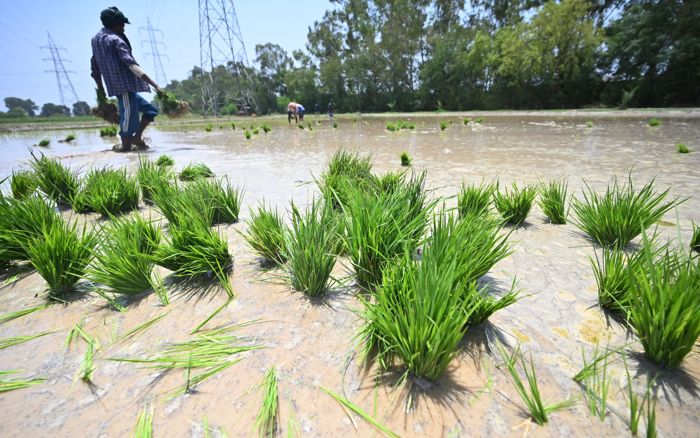 Paddy sowing is at its peak in Ludhiana district.

Early rains have played a spoilsport as the direct seeding of rice (DSR), in which seeds are sown in the field rather than by transplanting seedlings from the nursery, has taken a backseat in Ludhiana district, the administration has confirmed.

With a majority of the farmers opting for traditional paddy transplantation, the area sown under paddy through the DSR in the state’s biggest and largest district, in terms of area and population, remains just seven per cent so far, the official data has revealed.

While the widespread rainfall during the past few days facilitated the paddy transplantation through traditional means, acute shortage of power and water remained the main reasons behind the poor response to the transformation from the traditional paddy sowing, for which Chief Minister Bhagwant Mann had given a clarion call in order to save water and natural resources in the agrarian state, a cross-section of farmers in different parts of the district told The Tribune on Saturday.

Sharing details, Deputy Commissioner Surabhi Malik, who was monitoring the DSR progress on a daily basis, told The Tribune here on Saturday that 2,570 hectares of area has been covered through DSR in the district so far, which accounted for 7.09 per cent of the targeted area of 36,240 hectares, in the district.

While a progressive farmer has sown paddy over 16.19 hectares through DSR, which was the maximum individual achievement so far, almost 90,500 hectares of area has already been covered through traditional paddy transplantation in the district.

Malik said while Jagraon block was leading the district with a maximum of 552 hectares under paddy through DSR, Ludhiana block remained the laggard with the least 127 hectares sown through DSR.

Among other blocks, Sidhwan Bet has covered 264 hectares through DSR, followed by Sudhar 250 hectares, Pakhowal and Mangat 233 hectares each, Khanna 227 hectares, Samrala and Machhiwara 205 hectares each, Dehlon 144 hectares and Doraha 130 hectares DSR cultivation so far.

With no adequate supply of power and water, how can we even think of opting for DSR. —Kulwant Singh, Dehlon

The recent rains helped us transplant paddy through traditional means as DSR is not a viable solution yet. —Sadhu Singh, Doraha

We cannot afford to take risks by opting for DSR sowing in the absence of proper power and water supply. —Swaran Singh, Samrala

He said the district had achieved only 11.06 per cent target of paddy sowing through DSR by covering 3,640 hectares of the targeted area 32,900 hectares through non-traditional paddy growing.

Most farmers opt for traditional transplantation

With a majority of the farmers opting for traditional paddy transplantation, the area sown under paddy through the DSR in the state’s biggest and largest district, in terms of area and population, remains just seven per cent so far.

We are undertaking the awareness and education drive through special camps and IEC activities to promote DSR in the district. Though early rains have prompted a section of farmers to go for traditional paddy transplantation, we are motivating the peasants to get the benefit of Rs 1,500 per acre financial assistance by opting for the DSR technology. —Surabhi Malik, Deputy Commissioner 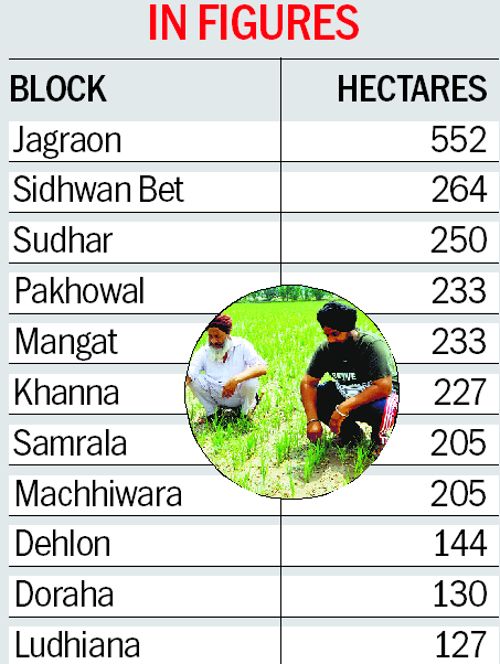