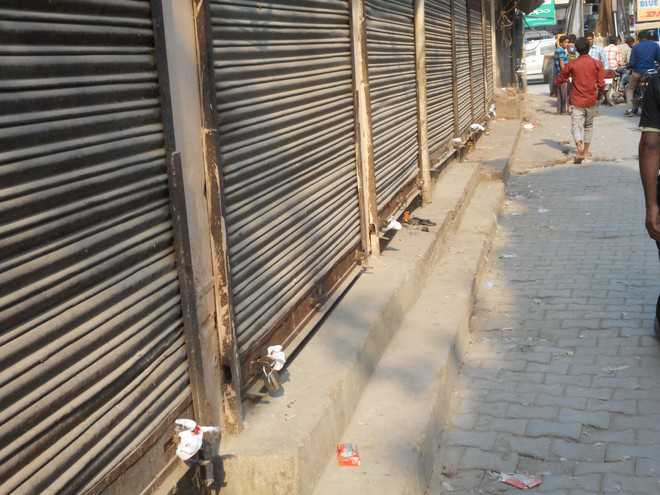 The Municipal Corporation (MC) on Friday sealed around 10 shops that were constructed by violating norms in the areas that fall under the MC’s Zone D. - File photo

The Municipal Corporation (MC) on Friday sealed around 10 shops that were constructed by violating norms in the areas that fall under the MC’s Zone D.

Assistant Town Planner Madanjeet Singh Bedi said they had sealed around 10 shops whose owners had not deposited the change of land use (CLU) charges to the MC. He said these shops were located on main roads of Model Town and the Dugri area. A drive is being run to recover the CLU charges from those who had not paid these charges to the civic body, he said. Meanwhile, MC officials of the building branch got road and boundary wall dismantled at an illegal colony near Jawala Singh Chowk today. Three shops that were being constructed near Buddha Nullah were also demolished.