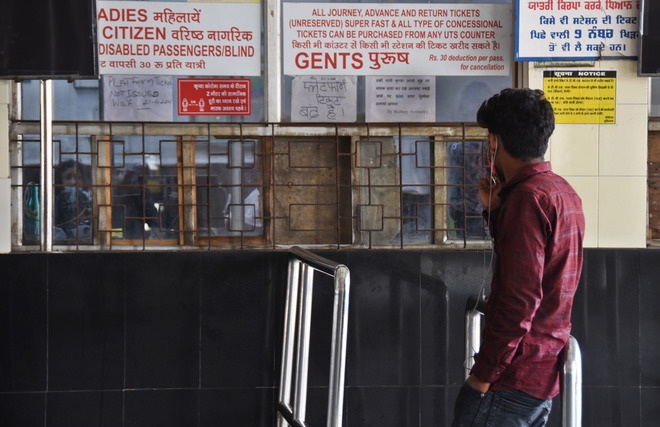 Sale of platform ticket has been suspended to avoid rush at railways station as a preventive step against Corona, in Ludhiana. Photo: Ashwani Dhiman

In the wake of surge in Covid-19 cases in the city, the Northern Railway have announced suspension of sale of platform tickets in the city with immediate effect. Divisional Railway Manager, Ferozepur Division, Rajesh Aggarwal, said the platform tickets would not be sold from today till further notice.

He has also made a appeal to rail travellers to maintain discipline with regard to preventive measures against the spread of the virus by wearing masks, maintenance of personal hygiene and keeping social distancing on railway platforms and while travelling in trains.

Meanwhile, the railway authorities have announced cancellation of unreserved pair of 04635/56 Ludhiana-Ferozepur-Ludhiana passenger train till further notice. The reason given for the suspension of the train was low occupancy on the route.