The occasion triggers a war of words between BJP and Congress 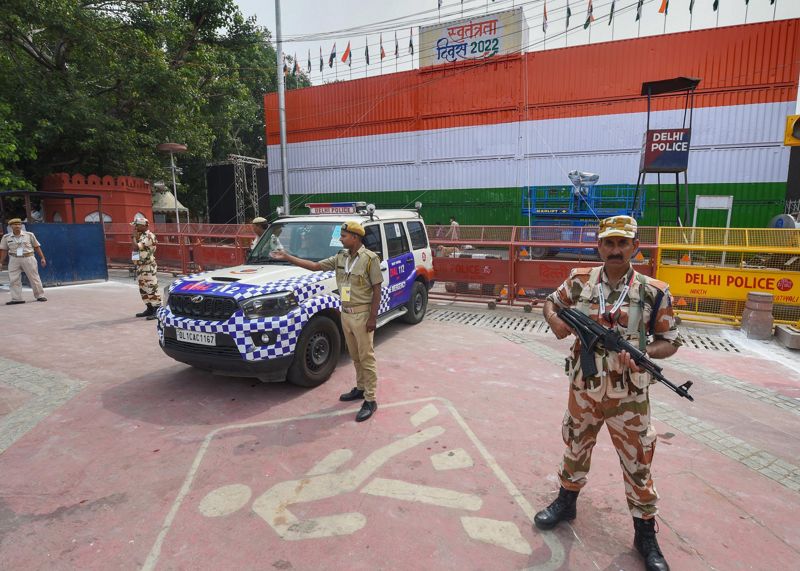 Security men stand guard near the Red Fort on the eve of I-Day anniversary. PTI

Marking the “Partition Horrors Remembrance Day”, Prime Minister Narendra Modi on Sunday paid homage to those who lost their lives during the Partition.

In a tweet, PM Modi said, “I pay homage to all those who lost their lives during the Partition and applaud the resilience as well as grit of all those who suffered during that tragic period of our history.”

BJP president JP Nadda led a silent march at Jantar Mantar. “We must never forget how politics of selfishness and personal interests led to the Partition and pain,” he said. Union Home Minister Amit Shah described the day as an “inhuman chapter in the Indian history that can never be forgotten”. He said the day would remind the younger generation the torture and pain suffered by the countrymen and inspire citizens to maintain peace and harmony forever. “Today, on ‘Partition Horrors Remembrance Day’, I bow to the lakhs of people who suffered the brunt of the Partition,” he said in Hindi.

As the occasion triggered a war of words between the BJP and Congress, the former posted a video on its social media accounts which featured the first Prime Minister, Jawaharlal Nehru, as events of the Partition played out.