On finding him unconscious at his Dollars Colony residence in Bengaluru, the family rushed him to a private hospital 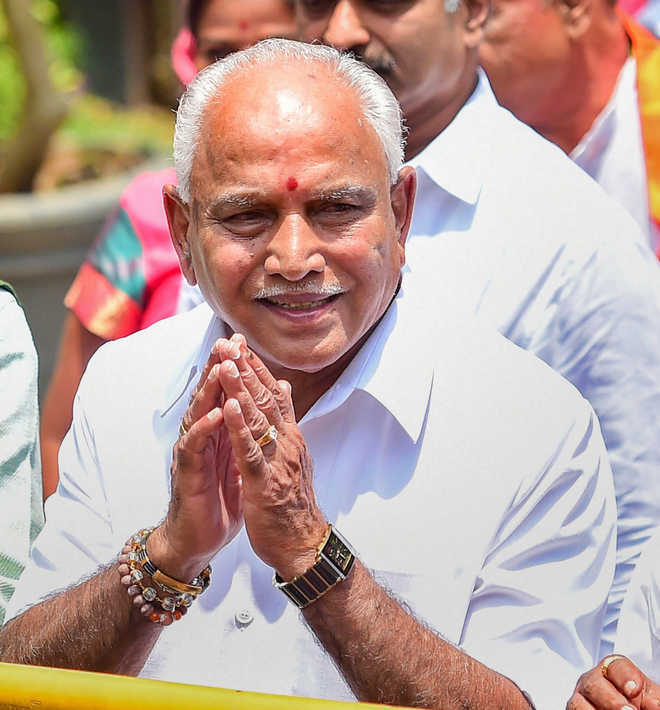 On finding him unconscious at his Dollars Colony residence here, the family rushed him to a private hospital, they said.

Yediyurappa, who visited the hospital where his grandnephew was admitted, said he had seen him "happy" earlier.

According to sources, Santosh is said to have attempted suicide by consuming sleeping pills.

"This morning, we walked together for 45 minutes. Even yesterday, I saw he was happy. I don't know why this happened. I will find out and talk to his family," he told reporters.

Police sources said the reason for Santosh allegedly trying to end his life was yet to be known.

Santosh was appointed the chief minister's political secretary in May this year.

He had served as Yediyurappa's personal assistant when the BJP veteran was Leader of Opposition and the party's state president.

Recently there were reports that Santosh might resign from the post of CM's political secretary, citing alleged differences with a few in Yediyurappa's inner circles.

He is said to have played a key role during the political turmoil in the state last year which saw several Congress-JD(S) legislators turning rebels and camping in Mumbai.

It had eventually led to the fall of the coalition government led by HD Kumaraswamy, with the BJP later coming to power.

Santosh, who has been keeping a low profile for some time now, is said to have been nursing political ambitions with an eye on next assembly polls. PTI