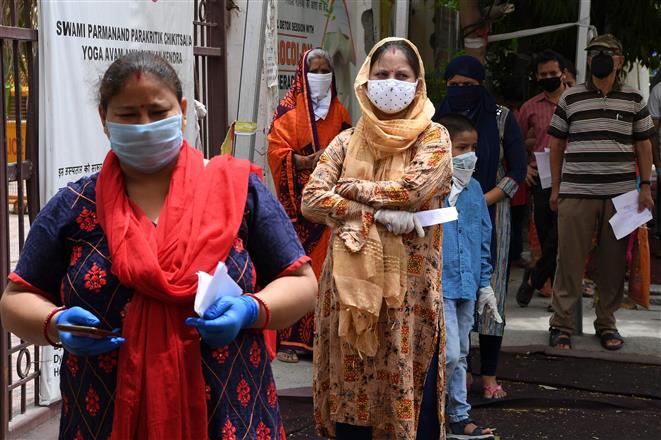 In Patiala district tally of infected people has gone up to 485.

The health department said the majority of positive cases were contacts of already positive cases, pregnant women and people with influenza-like symptoms.

Almost all the cases are from a particular area, so the district administration will seal it.

Health officials have confirmed 48 positive cases of which three are from outside the district. As many as 35 of these cases are from the city area, three from Samana, one from Rajpura and six from various villages.

Samples of a large number of employees at DC office, SDM office and tehsil office including deputy commissioner were collected today.

Entry to SDM office and tehsil office has been banned for general public.

Jalandhar: SDM Shahkot as well as SSP rural Navjot Singh Mahal among the 32 people who have tested positive in Jalandhar district today.

Sangrur: SDM Dirba has tested positive. Authorities have put him in isolation and are sanitising his office. Contact tracing has also started.