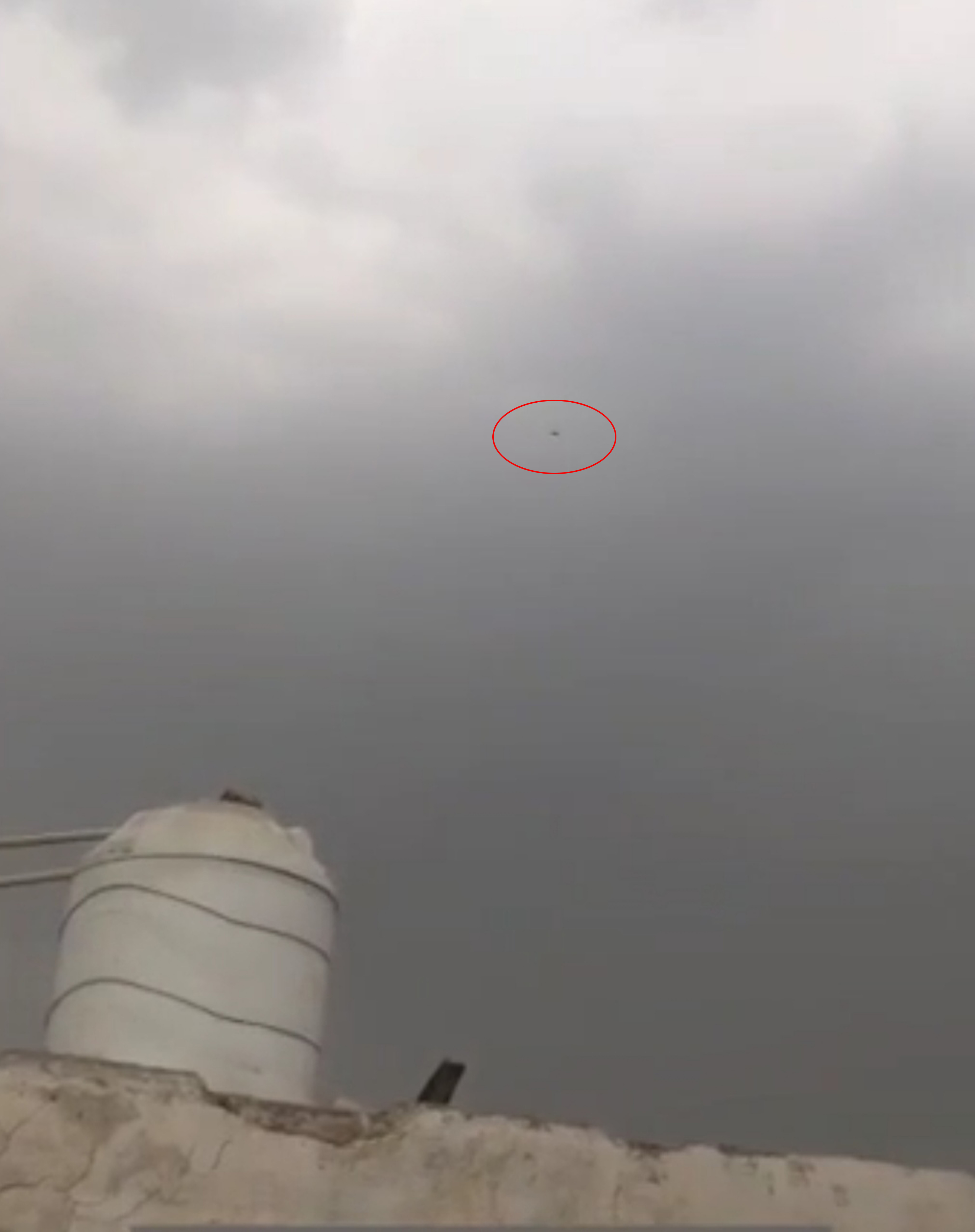 A video grab of the drone (in circle) spotted at Attari.

In a joint operation, BSF and Punjab Police personnel fired at least 165 rounds at a Pakistan drone after it transgressed into the Indian territory near the border force’s Adhian picket late last night. The picket falls in jurisdiction of the Dorangla police station.

The drone was sighted multiple times between 1 am and 2 am and each time, the security men fired at it. A BSF official said a total of 165 rounds were fired before it finally retreated. It made at least four forays into the Indian territory within an hour. The police have launched a combing operation in villages located in vicinity of the border.

Senior police and BSF officers were closeted in meetings throughout the day. Gurdaspur SSP Harjit Singh rushed to the scene where he held talks with his officers and later proceeded to hold deliberations with the BSF. “The first phase of the search operation is over. Nothing incriminating has been found,” said the SSP.

Several shipments of arms and drugs dropped by the Pakistan intelligence agencies have been recovered in the past. — TNS