Dream of over 37K contractual staff dashed in Punjab

Say feeling cheated as Channi govt, too, is no different from its predecessors 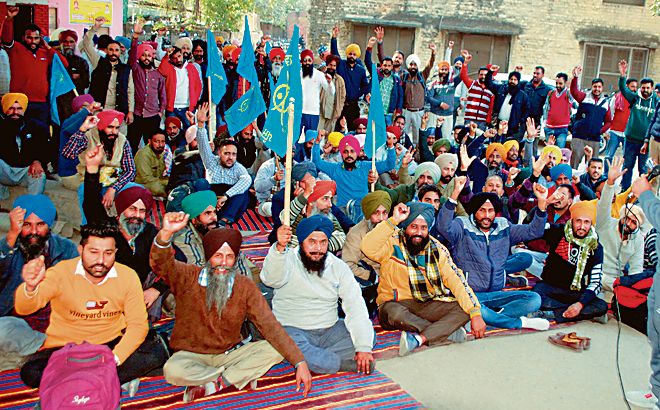 With the Model Code of Conduct coming into force on January 8, the long-cherished dream of over 37,000 contractual employees working in the state government as well as in the state-owned boards and corporations was dashed.

With the Model Code of Conduct coming into force on January 8, the long-cherished dream of over 37,000 contractual employees working in the state government as well as in the state-owned boards and corporations was dashed.

After change of guard in the state, we were very hopeful of our job regularisation like nearly 7,500 contractual workers employed with Punbus and PRTC across the state. However, CM Channi paid only a lip-service. Kuljit Singh, a Punbus employee

These employees are once again feeling cheated and found the Charanjit Singh Channi government no different from its predecessors. The agenda for the regularisation of their services have been debated in Cabinet meetings since September, raising hopes of these employees and their families.

Seeking anonymity, a qualified youngster working as a Patwari on a monthly salary of Rs9,200 said they were being exploited by none other than the state. Citing the example of 1,766 retired Patwaris re-employed at Rs25,000, he said they were highly underpaid. Regularisation has become a far-fetched dream. About 8,000 posts of Patwari were lying vacant in the state and people were facing hardships due to the non-availability of officials. Yet the government was reluctant in filling all these posts. The government advertised 1,090 posts of Patwari last year, which elicited response from 2.33 lakh applicants.

Kuljit Singh, working as a cashier on a contractual basis with Punbus for the past over 12 years, said his hope for regularisation were high like nearly 7,500 contractual workers employed with Punbus and PRTC across the state, after change of guard in the state. However, CM Channi paid only lip service.

Jagroop Singh, a member of the BEd, TET Pass Union, says qualified youth have been the biggest sufferers of the policies of successive governments.

“Our parents paid through their noses to foot the bills of our education. Instead of helping the aged parents, we continue to be dependent on them,” he said.

The firebrand BJP leader Lakshmi Kanta Chawla said during the 111-day rule of CM Channi, he had been repeatedly saying about the regularisation of the staff. He got his photographs pasted on advertisements, billboards and flew in chartered flights thanks to the public exchequer. She said contemporary Punjabi youth was undergoing tremendous mental stress, agony and their families were also stressed. She called upon the electorate of CM Channi’s constituency to not vote in his favour as he lied to youth, like his predecessors.