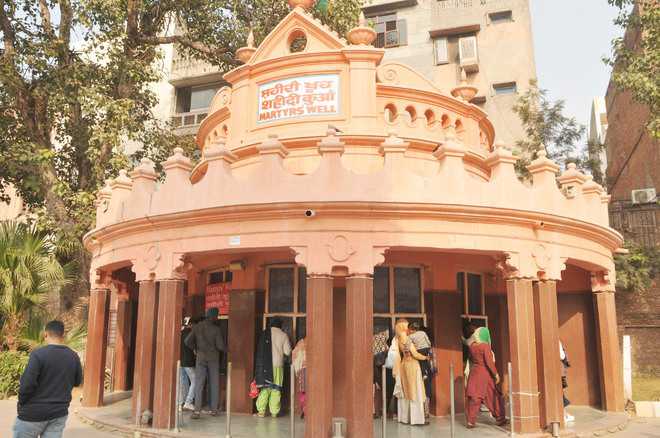 To commemorate the 102nd anniversary of the Jallianwala Bagh massacre, the Central University of Punjab, Bathinda, today organised a special lecture on ‘Jallianwala Bagh: Martyrdom to Freedom’. Editor of The Tribune, Rajesh Ramachandran, was the keynote speaker at the programme conducted as a part of the ‘Aazadi ka Amrut Mahotsav ’series.

While introducing the keynote speaker, Dr Rajinder Sen mentioned that The Tribune had brought out an edited volume on ‘100 Years of Jallianwala Bagh: Martyrdom to Freedom’. In his keynote address, Ramachandran stated that ‘Baisakhi’ and ‘Jallianwala Bagh Massacre’ were the reminders of the oneness of our nation.

During his lecture, Ramachandran also highlighted the distinguished role played by The Tribune newspaper and its Editor Kalinath Ray in inculcating a sense of unity and patriotism among the readers during those times. — TNS