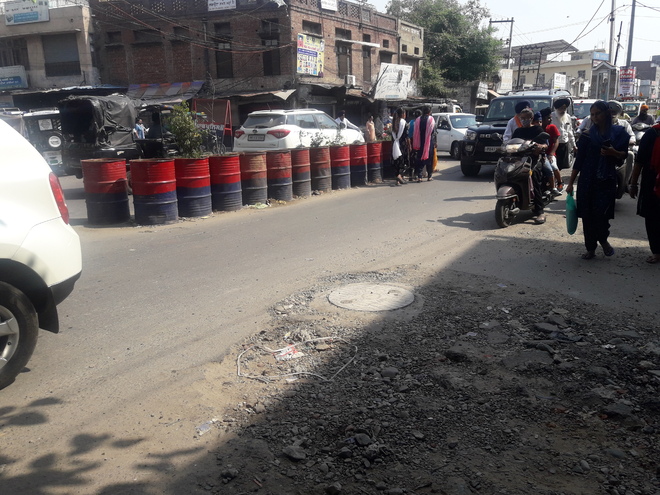 However, drums installed at Bohri Chowk, often lead to massive jam in Tarn Taran. Even the entry of two-wheelers was stopped to Darbar Sahib from Bajwa Art Press and Bohri Chowk. As a result, inner part has been cut off from the rest of the town.

A few weeks ago, the administration decided to remove drums from the above stated intersections, except Bohri Chowk, which leads to Darbar Sahib, Adda Bazaar and other major parts of the town.

Residents appealed to the administration numerous times to remove drums from Bohri Chowk, but to no avail.

CPM leader Heera Singh Kandianlwala said he would raise the issue during his meeting with the Deputy Commissioner.