CHANDIGARH: An astrologer, a native of Punjab, has been booked by the UT police for duping a businessman of two gold rings with gem stones worth Rs 1. 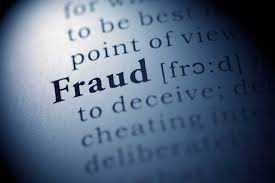 An astrologer, a native of Punjab, has been booked by the UT police for duping a businessman of two gold rings with gem stones worth Rs 1.75 lakh. He had asked the complainant and his wife to wear the rings. However, after getting the rings prepared, he took these with him for puja and did not return the rings.

According to the police, complainant Ashok Kumar, a resident of Sector 45, who has his office in Sector 8, reported that Mani Ram, an astrologer and native of Muktsar, visited his office through his sister’s reference.

The police said the complainant was facing some problems in his business following which he asked the astrologer to perform puja that could help his business flourish. He performed puja and charged money for it.

He told the complainant that he and his wife will also have to wear the Pukhraj gem stone in a gold ring. The victim then spent around Rs 1.75 lakh and purchased two rings with the gem stone.

The police said the suspect told the complainant that before wearing the ring, he will get these “blessed” by performing puja. The complainant gave both rings to him, who did not the rings.

The astrologer later gave a cheque for Rs 40,000, which bounced. The victim submitted a complaint at the public window of the Police Headquarters, following which the police took a legal opinion and registered a case of cheating against the suspect at the Sector 3 police station.