SEVERAL committees have been appointed by the NDA government to review the defence procurement policies and procedures and recommend fresh guidelines. 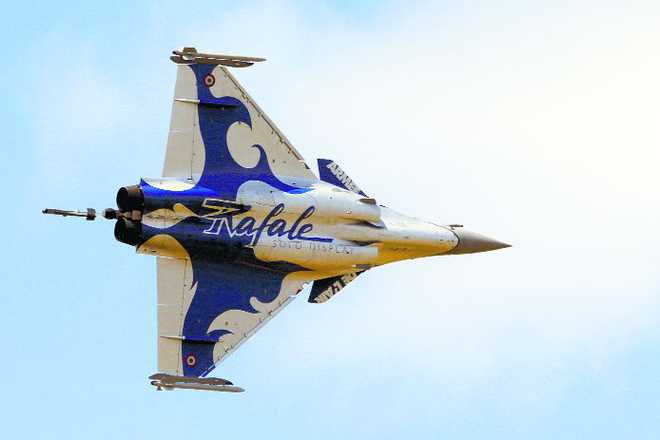 Protracted: The defence procurement and acquisition process continues to be plagued by procedural delays, as illustrated by the Rafale deal.

SEVERAL committees have been appointed by the NDA government to review the defence procurement policies and procedures and recommend fresh guidelines. However, as the controversy over the acquisition of the Rafale fighter aircraft illustrates, the procurement and acquisition process continues to be plagued by procedural delays.

The aim of indigenisation of defence manufacture should be to make India a design, development, manufacture, export and servicing hub for weapons and defence equipment by 2025-30. Periodic reviews must be undertaken to learn from the experience gained in the implementation of the Defence Procurement Procedure (DPP) that was first formulated in 2006.

The development of hi-tech weapon platforms like fighter-bomber aircraft and sophisticated defence equipment like over-the-horizon radars should be undertaken jointly in conjunction with India’s strategic partners. The route adopted should be to form joint venture (JV) companies between Indian private sector firms and international defence MNCs. In these cases, the role of the DRDO and the Services HQ should be mainly supervisory and facilitatory. An excellent example is that of the BrahMos supersonic cruise missile, a joint development with Russia.

The design and development of low-tech items should be outsourced to the private sector, with the DRDO monitoring the progress of the projects. The Services HQ should establish their own design bureaus to inculcate a technology development culture. They should initiate R&D projects in their training institutions, especially for the purpose of product improvement during the life cycle of weapons systems and defence equipment.

At present, there are far too many DRDO laboratories. There is a need to close down those whose work can be outsourced to the private sector. Some R&D projects should be outsourced to universities and IITs to involve the institutions of higher learning in this important national endeavour.

At the policy level, many contentious issues remain to be resolved, including the privatisation of most of the ordnance factories and several defence PSUs. Publicly owned manufacturing facilities are always inefficient and seldom meet the laid-down production targets. It is not the business of the government to be in business.

Though FDI in defence manufacture has been increased from 26 to 49 per cent, this is still not attractive enough for the MNCs to invest in India. Given the time and effort that goes into locating a joint venture partner and the risks involved, they prefer to have a controlling stake, which is 51 per cent or more.

The existing offsets policy has not worked to India’s advantage. The defence industry’s ability to absorb hi-tech offsets is still limited. Absorbing 50 or even 30 per cent offsets is extremely difficult. It may be more prudent to consider offsets only in cases where the benefits expected to accrue will outweigh additional costs and Indian JV partners can absorb the technology that is brought in. While exports of defence equipment have been permitted, the procedures for according approvals and the regulatory framework need to be streamlined.

At present, the time frame for the acquisition of defence equipment is excessive. From the submission of a Statement of Case for a new acquisition to according approval in principle (Acceptance of Necessity or AON) takes six months to one year. Then the case goes into RFI (request for information) and RFP (request for proposals) stages and prolonged negotiations with the selected bidder.

The actual conclusion of the contract takes up to three years. The prolonged negotiations for the acquisition of the Rafale fighter aircraft are an example. The delivery of the contracted item begins more than two to three years later. Even according to the current DPP, this is excessive and must be cut down to less than one-third.

Close supervision during manufacture would help to avoid time and cost overruns. As the Services are the main stakeholders, officers of the armed forces should be positioned in manufacturing facilities for supervision. The Services find quality control grossly unsatisfactory. The Directorate of Quality Assurance (DGQA), the organisation responsible, comes under the Defence Secretary. The DGQA must be transferred to HQ Integrated Defence Staff so that it is directly answerable to the Chairman, Chiefs of Staff Committee (CoSC).

The government has begun the process of establishing Defence Economic Zones (DEZs) to provide incentives for indigenous defence manufacture. There is an inescapable need to establish an Institute of Defence Acquisition under the CoSC where all officers nominated for posts dealing with defence procurement can be trained.

The Defence Technology Board should undertake a holistic review of the entire gamut of defence procurement, including the DPP, the production process, R&D, the offsets policy, timely conclusion of contracts, quality control and accountability. The procurement of defence equipment is an extremely important facet of preparedness for future conflict and must not be allowed to fester as a permanent sore.