JAMMU: Bhim Singh, chief patron, Jammu and Kashmir National Panthers Party, has urged President Ram Nath Kovind to call the representatives of all recognised and unrecognized political parties besides former legislators in J&K to give them an opportunity to convey their views on the latest development in the state. 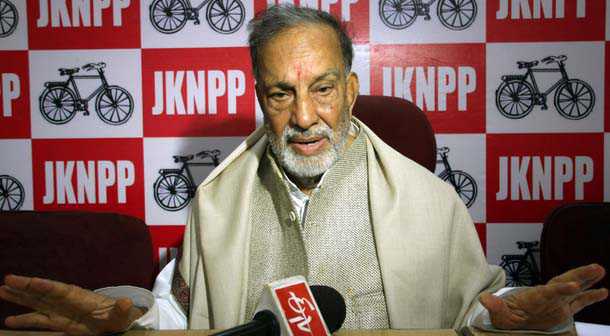 Bhim Singh, chief patron, Jammu and Kashmir National Panthers Party, has urged President Ram Nath Kovind to call the representatives of all recognised and unrecognized political parties besides former legislators in J&K to give them an opportunity to convey their views on the latest development in the state.

In a press statement issued here on Monday, Singh said the state had been divided into two separate entities i.e. the Union Territories of J&K and Ladakh.

“The people of Ladakh had been demanding the UT status for long. However, the residents of J&K have never sought this status,” he added.

In his letter to the President, the Panthers Party chief patron submitted that this latest development had not been welcomed by the residents of the Kashmir valley and Jammu province.

He submitted that Article 35A was not an Act of Parliament and the President had exercised his power in accordance with the mandate of the Constitution.

“As far as the status of J&K as a state is concerned, it cannot be changed by the Parliament without consulting the residents of the Kashmir valley and Jammu region,” Singh added.

He submitted that the President should convene an urgent meeting of all recognised and unrecognised political parties to discuss the issue.