Girl crushed to death by car in Panipat

PANIPAT: A two-and-a-half-year-old girl was crushed under the wheels of a car, while her 10-year-old cousin sister sustained injuries in Vikas Nagar here on Sunday. 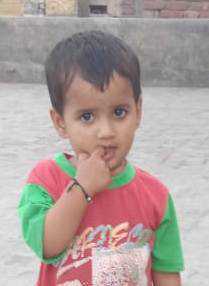 A two-and-a-half-year-old girl was crushed under the wheels of a car, while her 10-year-old cousin sister sustained injuries in Vikas Nagar here on Sunday. The police have registered a case against an unidentified person.

The police have secured the CCTV footage of the incident.

Tanuja, her mother and Rani were returning home after buying vegetables on Sunday morning when a car hit the two girls. Tanuja died at the spot, while Rani sustained injuries and fell unconscious.

Sector 29 police station SHO Inspector Yogesh Kumar said the girl’s body was handed over to the bereaved family after the postmortem examination. “A woman was driving the car. She will be identified soon as we know the car number,” he said.

Sources say the woman, who was reportedly driving the car, is an ayurvedic doctor.