WASHINGTON: A group of influential US lawmakers has urged the Trump administration to get Al Jazeera listed as a “foreign agent”, saying the state-owned media company of Qatar has “inherently engaged” in political activities. 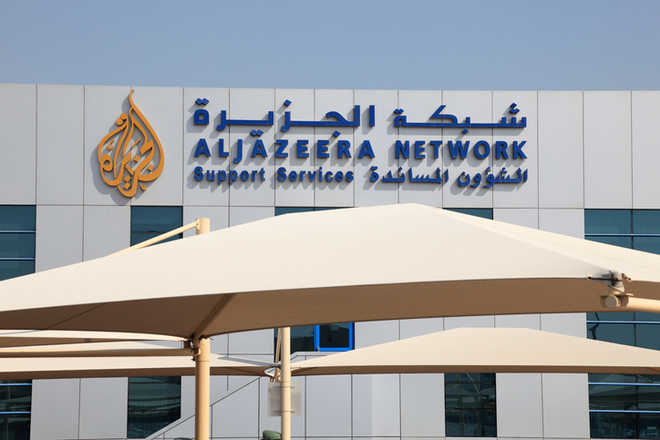 In a statement, the Al Jazeera Media Network said the network, its channels and its platforms, including AJ+, operate with editorial independence while receiving public funding and, in this respect, are similar to most global media organisations, including the BBC, CBC, and Deutsche Welle. iStock

A group of influential US lawmakers has urged the Trump administration to get Al Jazeera listed as a “foreign agent”, saying the state-owned media company of Qatar has “inherently engaged” in political activities and sought to influence public opinion in America.

The US requires all agencies, individuals and organisations controlled or funded by international governments to be registered with the Department of Justice under the Foreign Agents Registration Act (FARA) which aims to restrict the spread of propaganda inside America.

In a letter to the justice department, nine powerful Republican Senators sought information on any steps taken to determine whether the popular television news network from the Middle East should be registered as a “foreign agent”.

In the past, China’s state-run Xinhua news agency and Russian television Russia Today (RT) have been asked to register as an agent of foreign government by the justice department.

International media outlets registered in the US as agents of foreign governments include RT, China Daily, NHK Cosmomedia, and KBS Korean Broadcasting System.

“Qatar’s officials have said that government-controlled media is a form of ‘soft power’. As such, one can reasonably infer that Al Jazeera is a messaging tool for the Qatari government and on its behalf has engaged in inherently political activities and sought to influence public opinion in the United States,” the lawmakers wrote.

The lawmakers alleged that news articles have reported activities in which Al Jazeera Media Network is engaged that raise legitimate questions about whether it should register as a foreign agent.

In a statement, the Al Jazeera Media Network said the network, its channels and its platforms, including AJ+, operate with editorial independence while receiving public funding and, in this respect, are similar to most global media organisations, including the BBC, CBC, and Deutsche Welle.

AJMN is a Private Foundation for Public Benefit under Qatari law; it is not owned by Qatar, and its reporting is not directed or controlled by the Qatari government nor does it reflect any government viewpoint. Therefore, FARA registration is not required, it said.

“Specifically with regard to AJ+, AJ+ English is based in the US, and its young, diverse staff, none of whom are Qataris, develop the AJ+ content and report to US-based managers,” it added.

The AJ+ English content, at times, runs counter to societal norms and policies of Qatar, or is critical of Qatar, precisely because the platform is independent and audience-driven, the statement said.

As of May 2019, AJ+ had 11.1 million cumulative followers and subscribers on Facebook. In that same month, AJ+ was the fortieth ranked “overall creator” of content cross-platform.

By comparison, in May 2019 the Washington Post had 6.3 million cumulative followers and subscribers on Facebook and was the one-hundredth ranked “overall creator” of content cross-platform. Clearly, Al Jazeera has established and is building a significant reach within the US, they said.

Given that members of the ruling family are in charge of managing the media network, it is more likely than not that the government can and will assert editorial control over media content, they said.

“There is evidence that this is the case. The network frequently features content promoting the apparent policy priorities of its owner,” the lawmakers alleged.

News articles have reported that Al Jazeera “conducted a months-long spy operation on a slew of American pro-Israel officials” for a documentary on alleged Jewish influence on the US government, the lawmakers alleged.

According to the Congressmen, Al Jazeera seemingly operating as an agent of the Qatari government, its potential obligation to register under FARA may be triggered by two other provisions in the statute.

First, because it produces and distributes content and secures access within the US, it has arguably “engage[d] directly or indirectly in the... dissemination of... broadcasts,” and therefore may have served as a “publicity agent”.

Second, because its programming concerned “conditions” of a foreign government or “foreign country,” including but not limited to Qatar, Al Jazeera may have served as an “information-service employee” by “furnishing, disseminating, or publishing” its programs, they added. PTI