LUCKNOW: Polling for the bypolls to 11 Assembly seats in Uttar Pradesh began on a slow pace with 15 to 16 per cent voters exercising their franchise till 11 am. 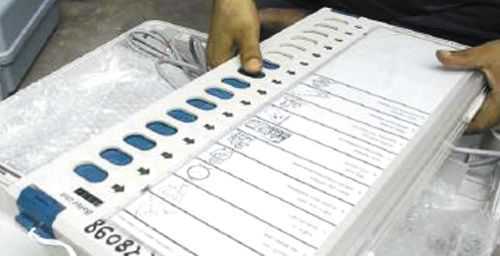 Polling, which began at 7 am amid tight security, will continue till to 6 pm.

Polling for the bypolls to 11 Assembly seats in Uttar Pradesh began on a slow pace with 15 to 16 per cent voters exercising their franchise till 11 am.

Polling, which began at 7 am amid tight security, will continue till to 6 pm.

Polling started on a slow pace with about 15 to 16 per cent voters casting their votes till 11 am, the election office here said.

Voters are expected to come out in large numbers as the day progresses, they said.

Polling was going on peacefully and there was no report of any untoward incident, they said.

Of the 11 seats, eight were held earlier by the BJP and one by BJP ally Apna Dal (Sonelal). The seats of Rampur and Jalalpur (Ambedkarnagar) were held by the Samajwadi Party and the Bahujan Samaj Party, respectively.

The BJP, BSP, SP and the Congress have fielded their candidates on all the seats.

According to the office of UP’s Chief Electoral Officer, 109 candidates are in the fray for the bypolls to the Assembly seats of Gangoh, Rampur, Iglas (SC), Lucknow Cantonment, Govindnagar, Manikpur, Pratapgarh, Zaidpur (SC), Jalalpur, Balha (SC) and Ghosi.

The by-elections were necessitated after some MLAs were elected to the Lok Sabha and resigned as members of the state Assembly. The Assembly constituency of Ghosi became vacant following the resignation of sitting MLA Phagu Chauhan after he was appointed as the Governor of Bihar. —PTI