AMRITSAR: In an attempt to break the deadlock over joint celebrations of 550th birth anniversary of Guru Nanak Dev at Sultanpur Lodhi on November 12, SGPC president Gobind Singh Longowal today appealed to Chief Minister Capt Amarinder Singh to follow in the footsteps of Dr Manmohan Singh. 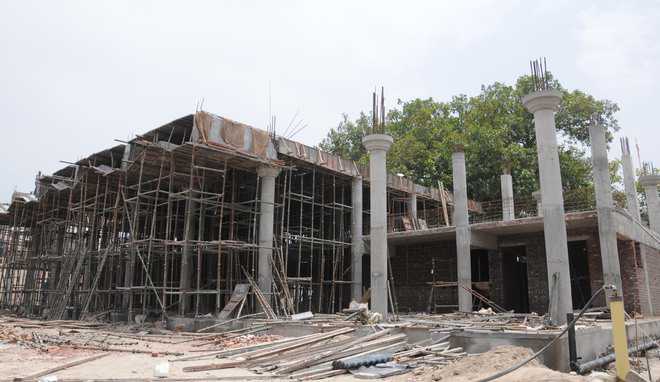 In an attempt to break the deadlock over joint celebrations of 550th birth anniversary of Guru Nanak Dev at Sultanpur Lodhi on November 12, SGPC president Gobind Singh Longowal today appealed to Chief Minister Capt Amarinder Singh to follow in the footsteps of Dr Manmohan Singh.

Stating that he was personally pained by the manner in which the pious occasion was being politicised, Longowal emphasised that any move to commemorate the occasion should be held above the party lines.

Citing the example of religious occasions held in the past under the tutelage of the SGPC, he reminded Capt Amarinder’s participation in his capacity as the CM along with the then PM Dr Manmohan Singh during the 400th anniversary of Guru Granth Sahib installation programme held in Amritsar in 2004.

“The state and the Centre in the past have always been contributing and participating wholeheartedly in religious functions organised by the SGPC and I have every reason to believe that the CM will help in upholding this tradition during the 550th Gurpurb celebrations too.”

In 1999, during the 300th anniversary of the birth of Khalsa, the Congress was represented by its veteran leader Dr Karan Singh. Even outside Punjab in case of the 350th birth anniversary of Guru Gobind Singh in Patna, the Bihar Government had handed over the stage to the SGPC for three days and it was the latter that conducted the event as per ‘maryada’,” he pointed out.

He expressed his resentment by stating that despite repeated requests, the state government took long to finalise their representatives for coordination committee constituted as per directions of Akal Takht Jathedar Giani Harpreet Singh.

“The two meeting held with state representatives on September 17 and October 4 could not yield any outcome as they required CM’s nod to come on any conclusion. Till date, there was no hearing from the CM’s side,” he said.

Longowal said lakhs of pilgrims would be visiting Gurdwara Ber Sahib in Sultanpur Lodhi on the occasion and the venue set by the SGPC was apt to accommodate them. “There is paucity of space in the gurdwara and that is why the stage was being put up at Guru Nanak Dev Stadium, situated just 100 m away from the gurdwara,” he added.