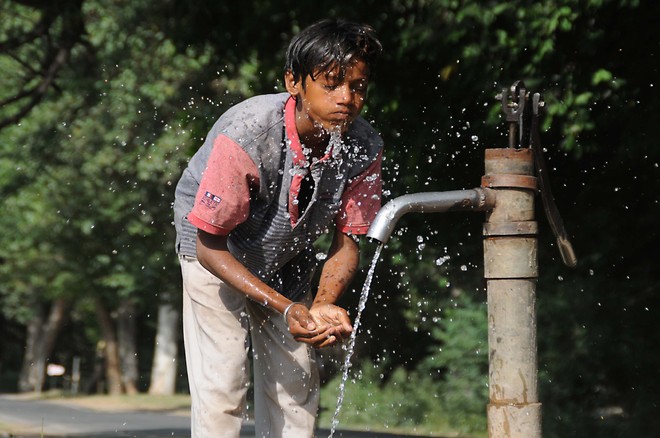 A boy splashes water on his face amid scorching heat in Bathinda on Monday. Photo: Pawan Sharma

The temperature in Bathinda was on par with Jaisalmer, Rajasthan, as the mercury touched 45 degrees Celsius.

Farmers are worried as the heat wave is detrimental for crops, especially cotton. They say the germination of cotton seeds could be hampered in the intense heat wave if it continued for four to five days.

Bharatiya Kisan Union (Ekta-Ugrahan) state secretary Shinghara Singh Mann said, “The situation will worsen as temperature will increase in the coming days. The state government should compensate the farmers.”

As per the forecast by the regional Met station, the temperature is set touch 47 degrees Celsius on Wednesday. Weather experts say the mercury will soar further.