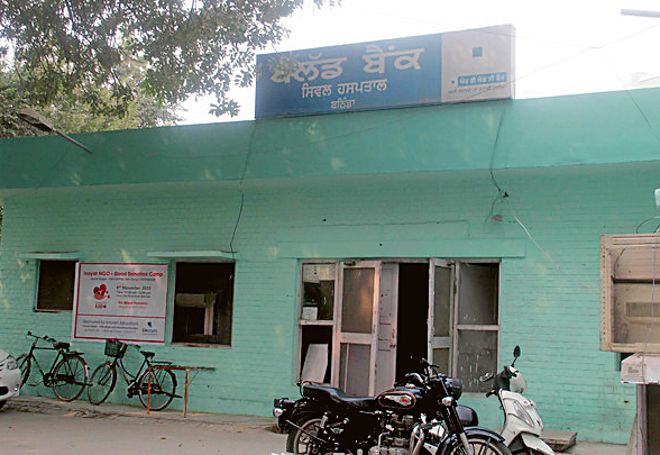 The licence of the blood bank unit at the Civil Hospital, Bathinda, has been suspended for 15 days by the drugs control authority after it found “glaring anomalies” in the functioning of the unit. Notably, HIV-positive blood was transfused to four thalassaemia-affected children and a woman patient over the course of two months at the blood bank unit recently.

After a thorough scrutiny of the records, medical infrastructure and functioning of the blood bank unit at the Civil Hospital, we found some glaring anomalies. Following this, we suspended its licence. Dr Ramandeep Gupta, Drug Inspector

Talking to The Tribune, drug inspector Dr Ramandeep Gupta said, “After a thorough scrutiny of the records, medical infrastructure and functioning of the blood bank unit at the Civil Hospital, we found some glaring anomalies, a list of which was shared with the Health Department seeking its response on it. In the reply by the department, it admitted to the shortcomings and stated it had made required changes in some of the points mentioned in the report.”

“Following this, we have suspended the licence of the blood bank unit. We will conduct inspection after the suspension period and also ensure constant vigil to avoid occurrence of such incident in the future,” Dr Gupta said.

A department official said considering it a public health institution, the suspension of the licence was done for only 15 days as in case the period was longer, the patients would have suffered.

A senior executive member of the Bathinda Thalassaemia Society said, “The decision of suspension is a cosmetic solution to the problem as it will barely serve any purpose. Apart from thalassaemia patients who require blood transfusion at regular intervals, accident patients or those requiring blood in emergency medical situations will have to bear the brunt. Those requiring blood will be coerced to shell out Rs 500 to Rs 900 per blood unit at private blood banks in the city, which many cannot afford. If the authorities concerned have suspended the licence of the blood bank unit, they should have made alternative arrangements for blood transfusion.”