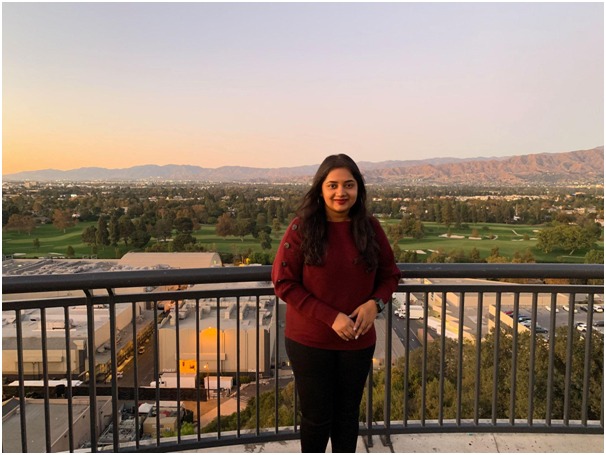 Mumbai is home to Bollywood, India’s film capital. For those who are born and raised here, films are an inspiration, a passion that captures one at an early age. While several women wake up with the dream of making it big in the film industry, very few dream of becoming directors and producers, and even fewer dream of breaking the shackles and moving to an even more challenging landscape – Hollywood, America, that too in the absence of a ‘godfather’ in the industry.

The story begins in 2009 for filmmaker Sonia Bajaj, who completed her undergraduate studies at Symbiosis Institute of Media and Communication, one of India's top media and communications colleges. She then moved to the US, to study at the prestigious New York Film Academy, graduating with honors with a Master's Degree in Filmmaking. Coming from a traditional Indian household with strict parents who wanted her to have a stable future in business studies, Bajaj chose to take a leap of faith and fulfill her ambition.

In addition to being an outstanding filmmaker and judging for film festivals like the Downtown Los Angeles Film Festival, Bajaj is currently developing her feature film 'Black Rose'. The story explores the life of a woman ensnared in a toxic relationship and her battle to free herself and become an independent individual.

The filmmaker has a penchant for women-oriented stories, fueled by her own experiences as a woman of colour in the United States. Fewer opportunities for female storytellers and issues such as unequal pay and cultural-racial underrepresentation is what inspires Bajaj to tackle such themes. “For some, ‘women empowerment’ stops at being just a phrase. As a filmmaker who comes from a predominantly patriarchal set-up, it’s my passion to showcase what an empowered woman can do. How she can empower the society as a whole,” says Bajaj.

Bajaj hasn’t limited herself to only making films that represent South Asians. Her work spans across different cultures and backgrounds and she makes a conscious effort to not fit herself into a box. She believes in narratives that are much closer to reality and wants her career to reflect what she stands for. She quips, “It’s my goal to film all over the world and offer women and underrepresented communities a platform to share their stories. That’s what inspires me the most as a creator.”

When she takes a break from the reel world, Sonia loves to work on new stories, travel, meet new people, explore cultures, meditate, exercise, read and imbibe all the world has to offer to create stories and fulfil her mission, her motto – For women, by women.